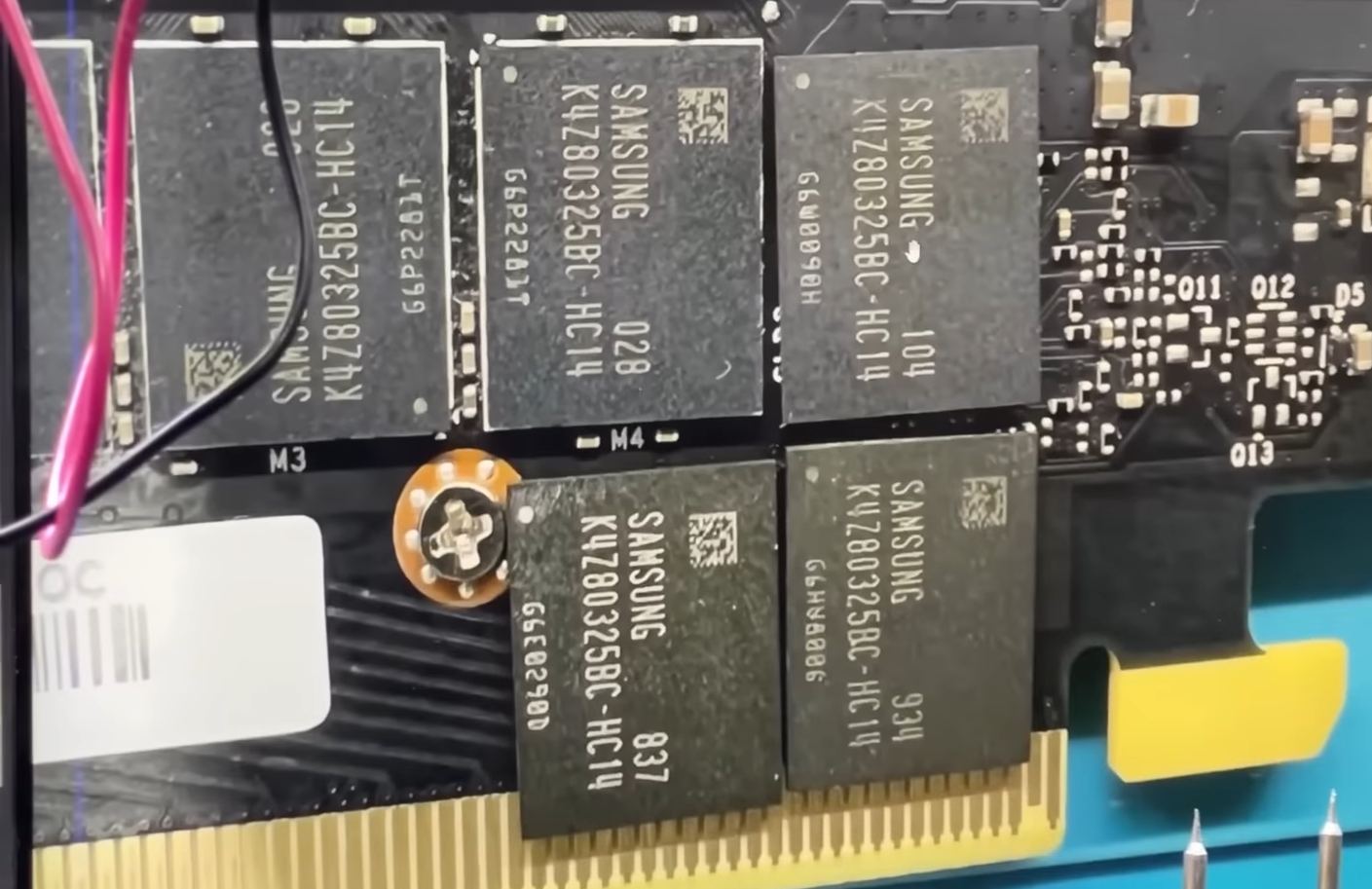 Despite the fact that the cryptocurrency boom ended a long time ago, apparently, the miners still have a lot of video cards that they want to sell with all their might. So much so that they are ready to restore the appearance of adapters before selling.

YouTuber Iskandar Souza and computer specialist Paulo Gomez showed what some miners have been resorting to lately, wanting to get rid of their video cards. In addition to restoring stickers and replacing screws, they paint memory chips. It is memory chips that can give out a used video card, because over time, due to constant operation at considerable temperatures, the material of the chips acquires a yellowish tint. Because of this, visually the card is easy to distinguish from the new one. Miners began to paint microcircuits and even apply markings on top. Moreover, it is extremely difficult to determine such changes by eye during a cursory examination.

Also, the authors of TecLab encountered video cards that had a textolite around the GPU painted, and the color is visually quite different, but this can only be understood by comparison.