Microsoft has finally done what millions have been waiting for. The company has updated Notepad – there is a dark theme, an improved fix function, a new search menu 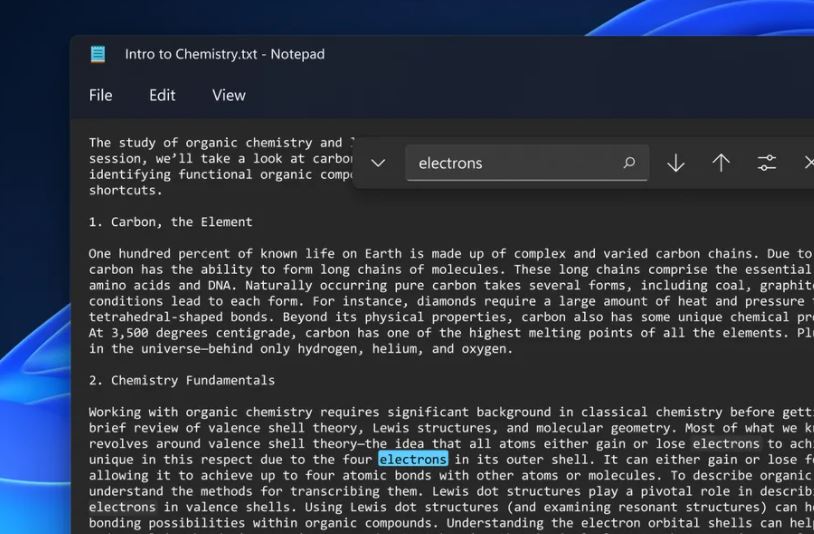 According to the source, Microsoft has released a new version of Notepad in the developer channel – and it has several important and long-awaited improvements. One that is easy to appreciate visually is dark mode.

Those who still use Notepad (and there are many such people) will appreciate the innovations at their true worth. So, if a dark theme is activated in the system, then Notepad will no longer be a black sheep and an exception to the rule.

The second innovation is a floating search and replace text bar. In the current version of Notepad for Windows 11, two different pop-up windows (respectively, Find and Replace), called by two different menu buttons, are responsible for this – a relic from the days of Windows XP. And now a unified and more convenient menu has finally appeared in Notepad.

The third innovation, perhaps even more important, is the improved remediation function. It is now multi-stage. This means that typed text can be deleted word by word. In the current version, the edit can only be done once.

The new version of Notepad can be tested by Windows 11 Insiders users in the developer channel (you may need to update the system through the Microsoft Store), the updated Notepad will appear in the user version of the OS in about a couple of months.