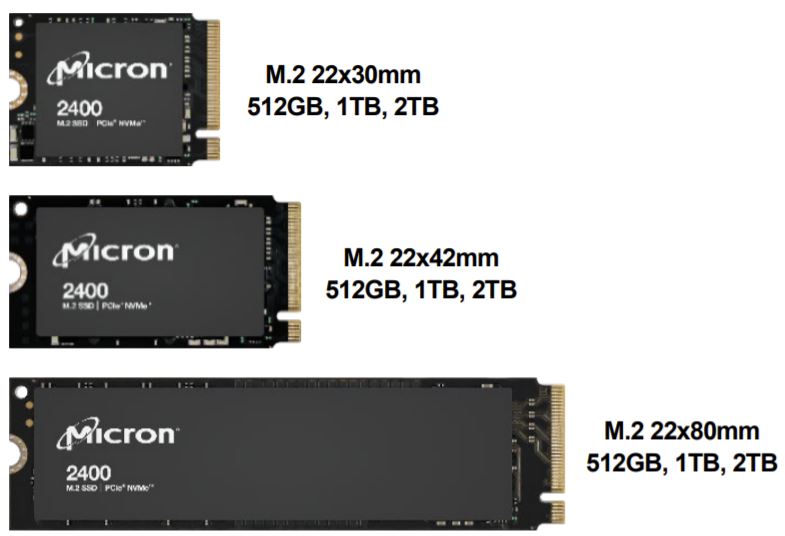 The new memory is said to provide industry-leading storage density and optimized performance for a wide range of data-intensive applications. It is also suitable for servers, but the Micron 2400 drive in question belongs to the client segment. The company also announced that 176-layer QLC NAND memory will be used in select Micron Crucial consumer SSDs and shipped as components for use by other developers and manufacturers.

According to Micron, 176-layer QLC NAND memory outperforms previous-generation Micron memory by 33%. Read latency reduced by 24%. It is the only commercially available QLC flash memory that combines a charge trap architecture with CMOS logic under the cell array.