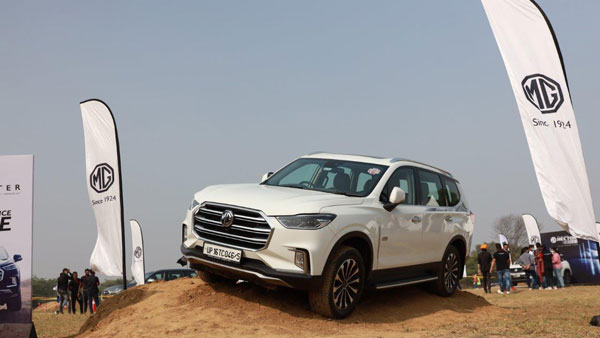 The company said sales were up due to improved semiconductor supply, but logistics and supply chain remained disrupted. The carmaker is taking all necessary steps to address the production and supply-chain issues and expects the situation to improve in the second six months of this year.

The company manufactures cars at its Halol plant in Gujarat. The plant has a capacity to produce 80,000 cars annually and provides employment to 2,500 employees. The company has introduced several first in segment vehicles in India. Among these is the MG Hector SUV, which is India’s first internet SUV. While the MG ZS EV is India’s first pure internet electric SUV.

Apart from this, the company is also selling MG Gloster and MG Astor, the country’s first SUV equipped with autonomous level-2 technology and personal AI assistant.

MG Motor is preparing to launch an affordable electric car in India very soon. Recently it has been seen during road testing in India. According to the information, MG’s mini electric car could be based on the Wuling EV sold in China, which is a three-door hatchback and is available in two-seater and four-seater versions. MG’s electric car will not be much different in terms of design and size.

Let us tell you that this small size electric car of Wuling is very much liked in China. Outside China, it is sold as MG E230. This electric car from Wuling is smaller than 3-metres. Talking about its dimensions, its length is 2,917 mm, height is 1,621 mm and width is 1,493 mm.

It can be launched in the Indian market against Datsun RediGo and Maruti Suzuki Alto. Recently the patent of this mini electric car has been registered in India. It is expected that the electric car to be introduced in India will have a seating capacity of four people.

Talking about the powertrain of the car, it can be given a 20kWh electric motor along with a 20kWh battery pack. The car will be capable of delivering a driving range of 150 km on a full charge. Due to its small size, it will be easy to park it even in tight spaces.

According to reports, features such as ABS, EBD, rear parking sensors, advanced driver assistance system (ADAS), Internet of Vehicle (IOV), automatic parking, voice commands and dual front airbags can be given in this electric car.