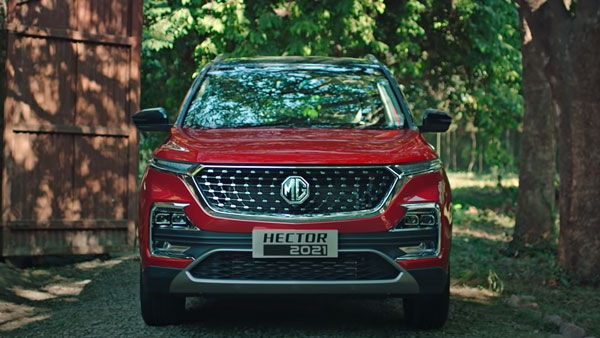 In order to meet the growing demand of the customers and in view of the upcoming festive months, the company is launching various initiatives. This includes the localization of products and the introduction of new variants. MG Motor has launched the new Gloster (2022 MG Gloster) SUV in India on August 31, 2022. This SUV has been introduced with updated features, design and new technology.

The 2022 MG Gloster has been launched at a starting price of Rs 31.99 lakh (ex-showroom), while the price of its top variant goes up to Rs 40.77 lakh (ex-showroom). Minor changes have been made to the exterior of the new Gloster while the main changes are in its interior. The Gloster SUV is offered in 6 and 7 seater options. It comes in three variants – Super, Sharp and Savvy.

The 2022 Gloster is equipped with i-SMART technology that offers over 75 connected car features. The new i-Smart Intelligent System allows users to connect to their cars through their handheld devices to more easily monitor the vehicle and its statistics.

The MG Gloster is currently available in two tunes with a 2.0L turbocharged diesel engine. The Gloster is one of the most powerful SUVs in its class. This SUV is mated to an 8-speed automatic gearbox. The Gloster comes with a standard 4×4 drivetrain with rear wheel drive.

In terms of features, the MG Gloster comes with a 12.3-inch HD touchscreen with segment-first captain seat, 64 color ambient lighting and a panoramic sunroof. The MG Gloster also gets a four-wheel drive mode which improves the driving experience. It is equipped with an intelligent all-terrain system that provides advanced control of the vehicle while off-roading.

MG Motor’s next offering in India is going to be the next-gen Hector SUV, which the company is preparing to launch later this year. Recently, some pictures of the new Hector were leaked on social media in which the new front grille of the SUV was seen. MG Hector was launched in India in 2019 and is believed to be the biggest update ever.