MG Motor is bringing a new budget electric car, will be different in terms of looks 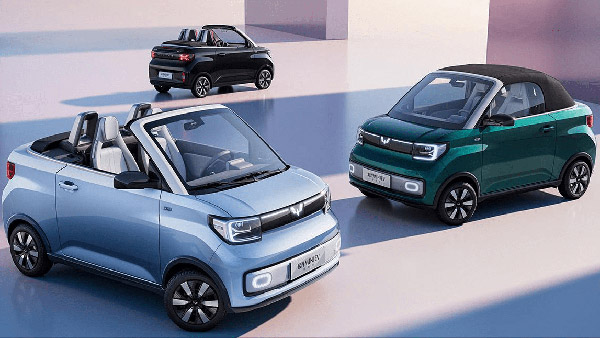 MG Motor brought its second product electric SUV in 2020, which received a good response from the customers. Since then there has been a rapid increase in the demand for electric cars in the Indian market and there is a search for a budget electric car. In such a situation, MG is going to bring a small electric car in 2023, which can be presented during Auto Expo 2023.

Commenting on MG Motor’s new electric car, the company’s CEO, Rajeev Chaba said, “It is not going to be a generic or mainstream product. It will be an urban mobility solution.” In such a situation, one can deny the hope of a small hatchback or compact SUV. He further added that, “In the new world, the name, the segment, the formation, everything will change.”

This product of the company can be a new type of model, which has not yet been seen in the market. The MG Air EV is currently being tested near the company’s plant and is believed to be the new model. MG’s CEO also talked about foraying into the entry-level and subcompact EV space.

MG Motor has been keeping a positive attitude towards electric cars in the Indian market since the beginning and due to this is now going to bring a budget EV. Traditional models get good response in the Indian market, but in such a situation, MG Motor is taking a big risk by bringing a new type of vehicle. This will be the company’s fifth model in India.

Talking about MG Motor’s current electric SUV ZS EV, more than 5000 units of its new model have been sold. A 50.3 kWh battery pack is used in the MG ZS EV facelift. The battery pack powers an electric motor that produces 173 bhp and 280 Nm of torque. On a single charge, this car can provide a driving range of up to 461 km.

It can be charged from 0 to 100 percent in 9 hours via a 7.4 kW charger. On the other hand, with a 50kW charger, it can be charged from zero to 80 percent in just 60 minutes. Talking about the new styling elements, the 2022 MG ZS EV comes with features like digital Bluetooth key, rear-drive assist, 360-degree camera, hill descent control and i-SMART with over 75 connected car features.

MG Motor has already made its debut in the electric vehicle segment and to take advantage of this, the company is preparing to bring a budget electric car. However, whether the Indian customer is ready for such an urban vehicle, it will be known only in the coming year.