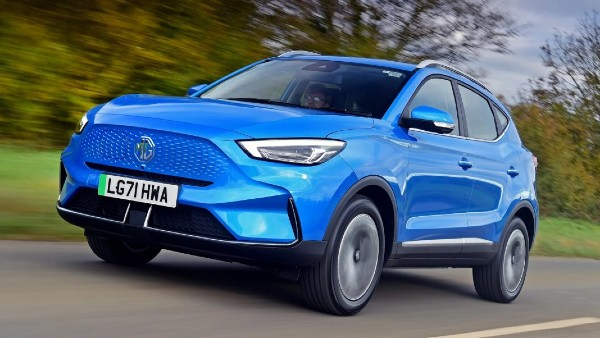 The company says that due to the new COVID-19 version and the current global semiconductor chip shortage, the supply chain is facing bottlenecks and due to this sales have also been affected. During the January to March quarter, the company launched an all-new version of its MG ZS EV.

MG Motor India says that there has been an increase in both inquiries and bookings for its product portfolio including the MG Astor, MG Hector, MG Gloster and the all-new MG ZS EV in its portfolio. The recently launched all-new MG ZS EV has received excellent customer response.

Let us tell you that recently the British automaker had informed that it has closed its order books for the 2022 MG ZS EV. According to the information received by the company, this car has already been sold for the year 2022. MG Motor may resume bookings for the electric SUV later this year.

The charging port is placed in this grill. At the rear, LED tail lights and rear bumper have been given, not much change has been made in its profile. However, 17-inch alloy wheels have been used in it. Electric badge has been given in its front fender.

The company has launched the new 2022 MG ZS EV with a bigger 50.3 kwH battery, which gives the car a range of up to 461 km on a single charge. Along with this, the electric motor in it provides maximum power of 176 PS. This electric car achieves a speed of 0 to 100 kmph in just 8 seconds.