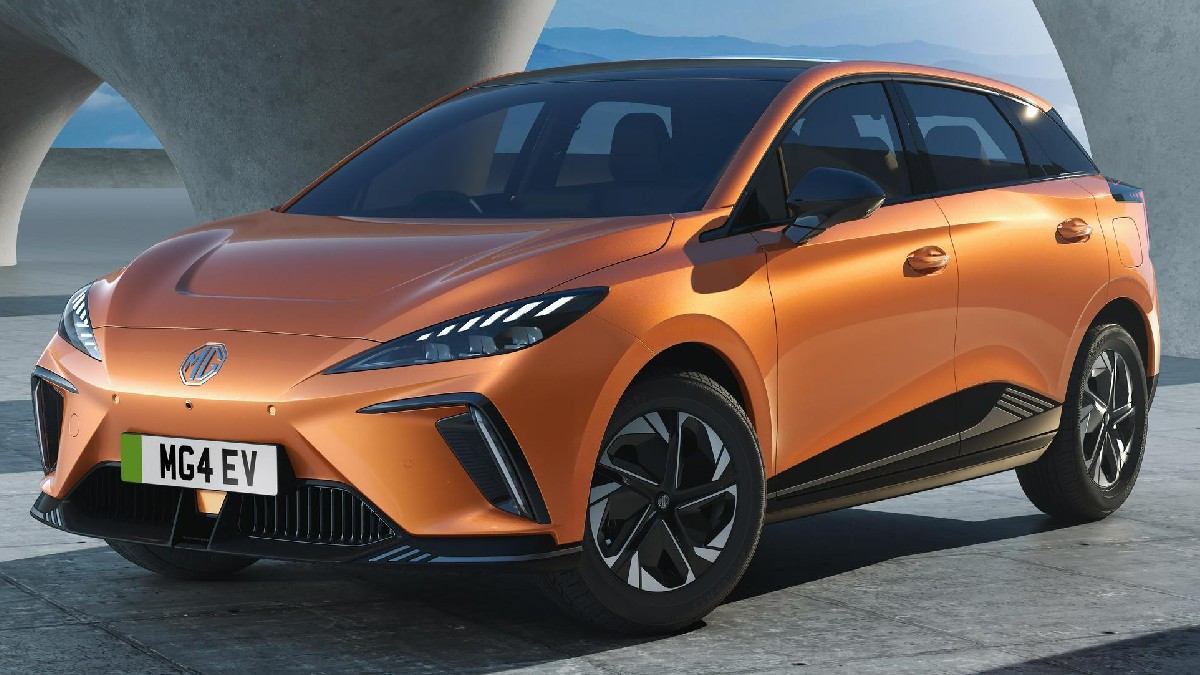 A new car has entered the electric vehicle segment. MG has unveiled the new MG 4 EV. It is an electric hatchback option and comes with a host of features. The MG4 is said to be a rebranded version of MG Mulan, developed by SAIC Motors. MG Mulan was introduced last month. MG is calling it MG4 EV for the European markets and other markets. Let us know what are the features and price of this electric vehicle.

First thing about the design of this electric vehicle. The look of the MG 4 EV is quite interesting. The front end gets an aggressive bumper design with pointed headlamps. The side profile of the car looks equally good and there is chunky plastic cladding at the bottom of the doors. The headlights get LED projector and LED 6-trip pattern DRL. The lower part of the bumper is inspired by the MG5, with sharp cuts and creases that people will love.

A large central infotainment screen is given above its floating center console. The conventional analog dial has been replaced by a digital driver display. MG 4 EV is going to debut in September this year. The company has confirmed this. It will certainly come at a lower price than the MG 5 electric estate car.

Its 51kWh battery variant can come in around £25,000. Whereas cars with 64kWh battery are expected to cost around £30,000. The company has not told anything about whether this car will come to India or not. It is believed to be a rival to the Kia EV6 and Hyundai Ioniq 5. It remains to be seen how this car gets the response in the European market.