Mercedes introduced an electric car with a range of about 500 km, know its features 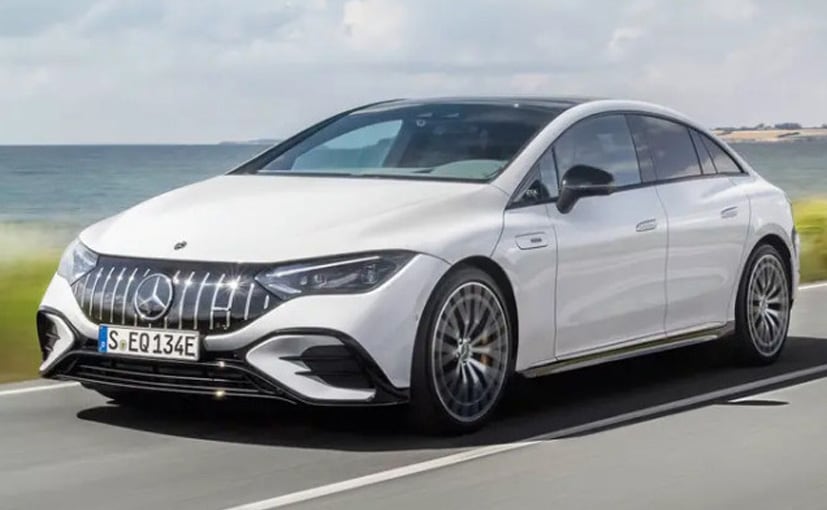 The Mercedes-AMG EQE electric car is offered with two models. The company has introduced this car in EQE 43 4Matic and EQE 53 4Matic+ models. As the name suggests, the EQE 43 and EQE 53 are based on the existing Mercedes-Benz EQE 350, which was introduced at the Munich Motor Show last year. The new car is capable of generating maximum power of 625hp and peak torque of 950Nm. With this power, the car can accelerate from 0-100 kmph in just 3.2 seconds, and can reach a top speed of 260 kmph. Currently, its exact driving range has not been revealed, but the company has shared the information of the estimated range.

Mercedes-Benz press release Through this information has been given about the introduction of AMG EQE 43 4Matic and 53 4Matic+ models. Both the models get four driving modes – Slippery, Comfort, Sport and Sport Plus. The EQE 53 AMG will also be made available with a new Dynamic Plus package, which will have an extra race start mode.

Talking about the specifications of 43 4Matic, then this model can achieve 0-100kph speed in 4.2 seconds. At the same time, the 53 4Matic+ model can achieve this speed in 3.5 seconds, however, if the AMG Dynamic Plus package is taken, the EQE 53 can achieve it in 3.3 seconds thanks to the extra power of around 60hp and 50Nm.