Mercedes-Benz Maybach S-Class sold out for 2022, deliveries to begin in three to four months 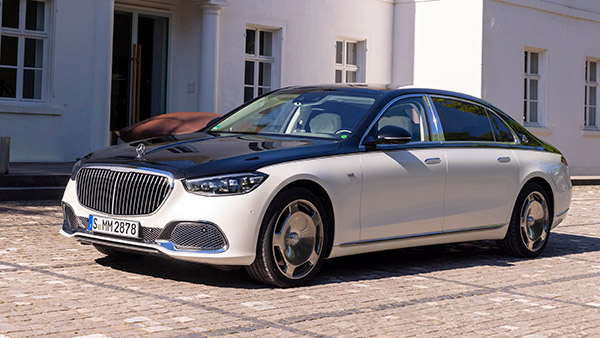 According to the report, customers who have made new bookings will now have to wait for more than 12 months for the delivery of the car. The company says that it will sell 800-1,000 cars of the new S-Class in India this year, with the Maybach model accounting for 20 per cent. According to Mercedes India, the supply of semiconductors has increased this year. The company is producing 20-30 percent more cars this year than last year.

The company said that this year the demand for the car has also increased by 50-60 percent. If there will be any further delay in the delivery of the car, then the company will inform the customers giving full details about it.

In terms of design, the Maybach S-Class gets a large chrome grille up front, LED headlight, integrated DRLs and chrome finishing on the bumpers. Chrome lining has been used on the windows and ORVMs to enhance the premium look of the car. It has 19-inch alloy wheels.

The Mercedes Maybach S-Class is the most premium sedan in the company’s S-Class lineup. It is offered with more legroom, comfort and premium features. The company has also given Level-2 autonomous driving function along with Lane Assist feature.

The car also gets Burmeister high-end 4D surround sound system. To keep the cabin quiet, it gets airmatic air suspension with adjustable damping ADS+, which adjusts the powertrain, ESP, suspension and steering via dynamic select. Apart from this, there is also a Maybach driving mode in the car, which is completely focused on ride comfort.

The company has given five display screens with MBUX infotainment system in Maybach S-Class. The car gets a chauffeur package with executive seats on the left and right sides, which allows the buyer to independently adjust the seat surface and backrest.

Coming to the engine, the new Maybach S-Class S580 will be powered by a 4.0-litre V8 twin-turbocharged engine that is mated to 48V mild hybrid technology. Together, both the powertrains give the car 496 Bhp of power and 700 Nm of peak torque. It is mated to a 9-speed automatic gearbox that sends power to all four wheels of the car.