Mercedes-Benz EQS electric sedan to be launched in India on this day, will run 600 km on a single charge 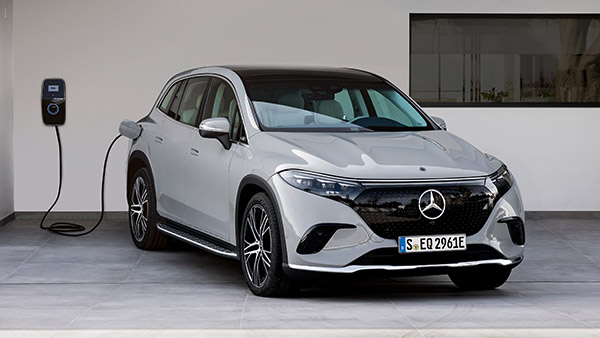 Let us tell you that in the luxury electric car segment in India, Mercedes-Benz competes with cars from companies like Audi, BMW, Volvo and Porsche. With the launch of the EQS in India, the company’s first goal will be to increase the sales of this car. The car will be locally assembled at the company’s plant in Pune.

Initially, the car will be brought to India via the CBU route, followed by the launch of the locally assembled EQS 580. The company is going to sell the EQS in two variants – EQS 450+ and EQS 580 4matic. The price, power and range of both the variants are going to be different.

The EQS is the company’s second long range electric car with a range of 600 km. Lithium-ion battery of 108.7 kWh has been used in both the variants. The EQS 450+ is the base variant, which gets an electric motor at the rear axle. This car is capable of generating 324 bhp power and 550 newton meter torque.

The EQS 580 4MATIC is the top variant and gets a 4-wheel drive system. Electric motor has been installed on both the axles of this model. This model offers 509 bhp power and 828 Newton meter peak torque. This car can accelerate from 0-100 kmph in just 4.1 seconds.

The Mercedes-Benz EQS has been given an aerodynamic design that reduces air pressure and gives it more range. Mercedes has used the new MBUX hyperscreen in this SUV. This hyperscreen would combine three separate screens to form one giant screen. This screen spans the full width of the dashboard. The MBUX serves as both the screen, instrument cluster and entertainment system.

Talking about charging, this SUV gets charged up to 10-80 percent in just 35 minutes with the help of a fast charger. The Mercedes-Benz EQS will first go on sale in the European and US markets. This will be followed by the crossover models of EQE, EQS and EQE. All these electric cars are being built on a modular platform that will have the same wheelbase and battery pack.