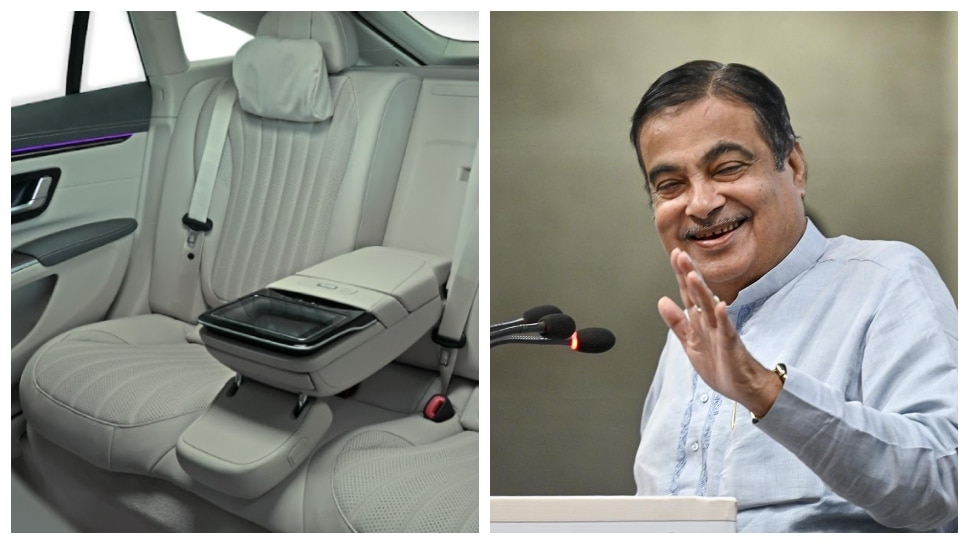 Nitin Gadkari: Union Minister Nitin Gadkari pays a lot of attention to the technology and safety of cars. Apart from this, he also constantly insists on increasing local production from car companies. Recently he was called for a car launch, where he said something funny.

He said that more vehicles should be made domestically, because by doing so the cost will be less and the price will also come down. The minister said, “If you increase production, then it is possible to reduce the cost. We are middle class people, even I cannot buy your car.” Let us tell you that the price of Mercedes’ new innovative electric car is Rs 1.55 crore. Mercedes launched its first electric car in India as the EQC electric SUV. Launched in October 2020, the price of this vehicle was Rs 1.07 crore.

What is the specialty of Mercedes-Benz EQS 580
In the vehicle, you have been given a large battery pack of 107.8 kWh, which generates power of 516bhp and torque of 885Nm. Due to these power statistics, the top speed of the car reaches up to 210kmph. The car comes with an 11 kW charger as standard while a 22 kW charger is optional. The special thing is that this vehicle will offer a range of 300 km by charging just 15 minutes via 200 kW ultra-quick DC charger.