Mercedes Benz EQB: Get ready for 7 seater electric SUV, will run 400KM on full charge, it will look like this 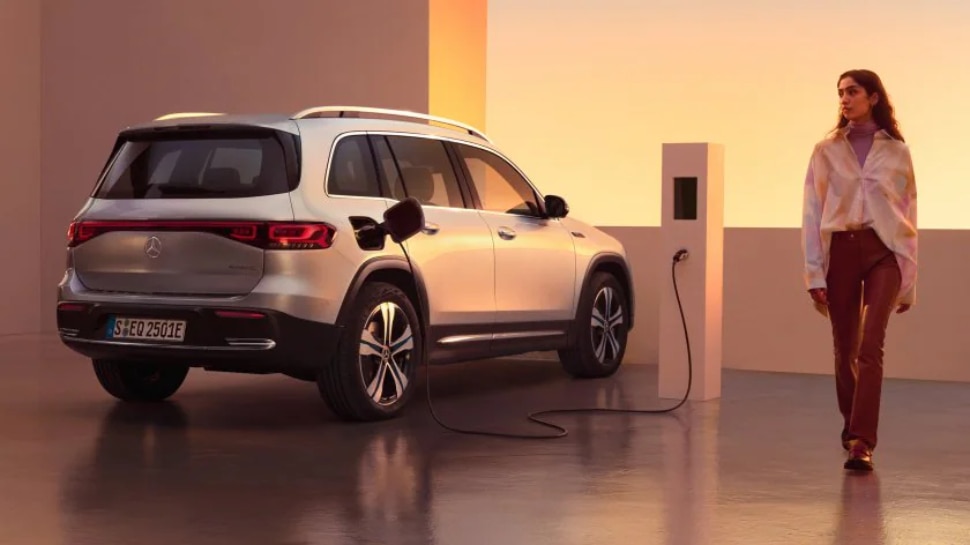 India First 7 Seater Luxury Electric SUV: Mercedes-Benz is all set to launch its third electric car Mercedes Benz EQB in India. It will be a seven-seater electric SUV, which is to be launched in the country by the end of the year.

Mercedes Benz EQB Launch date: German luxury car maker Mercedes-Benz is all set to launch its third electric vehicle in India. The company said that the name of the next electric car will be Mercedes Benz EQB. It will be a seven-seater electric SUV, which is to be launched in the country by the end of the year. At present, the exact date of launch has not been officially disclosed, but sources say that the launch will take place in December this year. Earlier, recently the company launched the country’s highest range electric car EQS.

Let us tell you that Mercedes-Benz EQB will be the first 7 seater luxury electric SUV in the country. This car has already been launched in the global market. The Mercedes-Benz EQB electric SUV will be powered by a 66.5 kWh lithium-ion battery pack. Mercedes says that the EQB will offer a range of over 400 kms on a single charge.

The Mercedes EQB comes in two trims in the global market. The first is the all-wheel drive EQB 300 trim, which comes with a power output of 225hp and peak torque of 390 Nm. The second trim is the EQB 350, which churns out 288hp of power and 521 Nm of peak torque. Mercedes has also launched an AMG version of the EQB in China. It is not yet clear whether all three trims will come to India.

The design of the EQB electric SUV is similar to that of a Mercedes SUV. To give it a special design, a long light strip will have been given at the front and back. Like the rest of the company’s electric car, it will also get a black panel grille, in the middle of which will be the Mercedes logo. 20-inch alloy wheels will be given in the compact SUV.

Interior features include a 10.3-inch digital instrument cluster and infotainment display with augmented reality navigation. The Mercedes-Benz EQB will also be one of the safest electric cars in India. It recently achieved a 5-star rating from Euro NCAP.