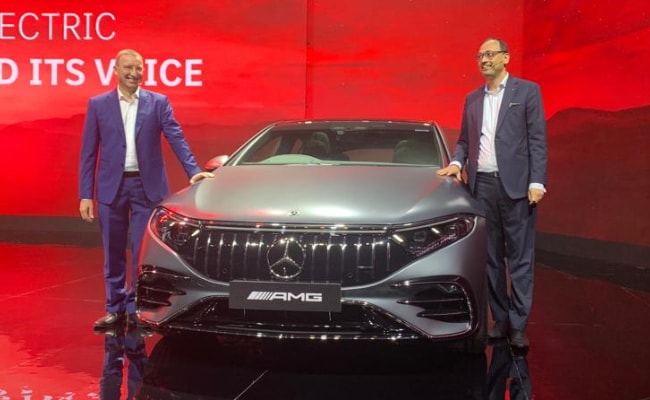 Mercedes has launched its latest electric car in India, the AMG EQS 53 4Matic+, which has become India’s longest range EV so far in terms of range. According to the company’s claim, this car can run 586 km in full charge. The top speed of the car is also tremendous. This car can be taken up to a maximum speed of 250 kmph. The Mercedes-AMG EQS 53 will arrive in India as a CBU. Later, a non-AMG version of the Mercedes-Benz EQC will also be launched with the model name EQS 580, which will be locally assembled.

The Mercedes-AMG EQS 53 4Matic+ price in India is Rs 2.45 crore. This is the company’s second EV in the country, which costs 14.6 million more than the current EQC electric car. As we mentioned, currently this car will be brought to the country through CBU mode.

Coming to the specifications, the EQS 53 packs a 400V, 107.8 kWh lithium-ion battery pack, which can be charged up to 200kW with a fast charger. The company claims that this electric car can deliver a range of 586 km on a full charge. Apart from this, AMG also claims that the battery management has been tweaked to help the car achieve better performance in Sport and Sport+ modes.

The EV gets an AMG-spec electric motor mounted on each axle, and comes with the Dynamic Plus package exclusive to the India model, with the EQS 53 producing 761hp in race start mode, and 1020Nm with the boost function activated. Is able to generate peak torque. Mercedes-AMG claims that the EQS 53 can go from 0-100 in 3.4 seconds and has a top speed of 250kmph.

Mercedes-Benz has also announced that the company is working on setting up the largest “ultra-fast charging” network, which, according to the carmaker, will cover 80 per cent of India by the end of 2022. These will include a 180kW ultra fast DC charger (more than 20). In addition, there will be 60kW fast DC charger (over 20) and 22kW AC charger (over 100). The fast charging network will be exclusive to Mercedes-Benz customers, and will be free for the first year only.