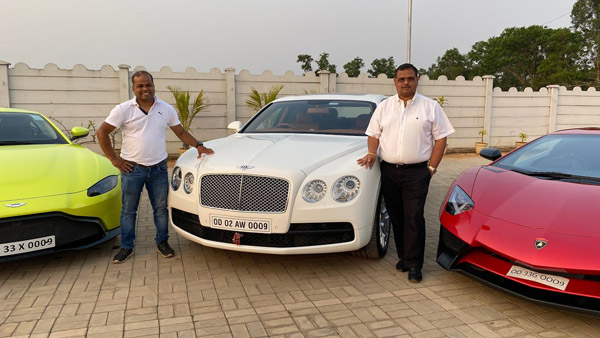 His dealership network looks after the operations of the entire Odisha and his business has been running for more than 35 years. The video has been uploaded on a YouTube channel and apart from Maruti Suzuki, he also owns Audi, Suzuki two wheeler, TVS and Harley-Davidson dealerships.

Let us tell you that Devjyoti started its first dealership in the year 1996, which was a TVS showroom in Bhubaneswar. In 1999, he started a dealership of American manufacturer Opel in the capital of Odisha. Then he started working with Maruti Suzuki and at that time he was only 24 years old.

For his love of automobiles, he never sold the vehicles he owned. His collection ranges from a simple Maruti Suzuki 800 to an exotic Lamborghini. These are some of the vehicles that Devjyoti has collected over 35 years.

Apart from this, he also owns a Lamborghini Aventador sports car, which is a limited edition all over the world and only 600 units have been sold all over the world. Talking about the Lamborghini Urus, this car is fast becoming a common car in celebrity garages in India and across the globe.

Devjyoti bought the Urus soon after its launch in India and uses the vehicle for thrilling drives as well. There aren’t many people in the automobile enthusiast club who don’t know about the MINI. Let’s say that MINI are also very fun to drive.

Apart from this, the super luxury Bentley Flying Spur is Devjyoti’s favorite car. He uses the car to go to work and attend important meetings. The Flying Spur is a popular car in India and is owned by celebrities like Virat Kohli.