Meet the world’s youngest app developer, created a Guinness record by creating apps at the age of 12 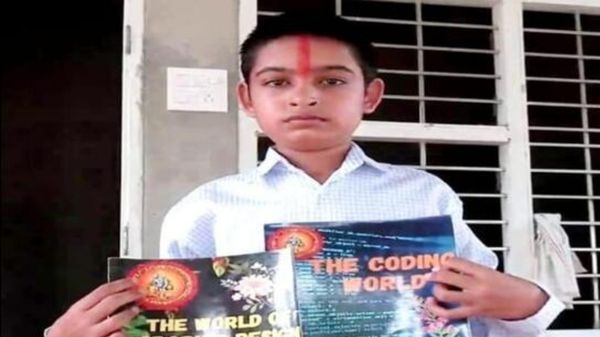 It is very difficult to make a record in the Guinness Book of Records, but there are some examples who have made this record at a young age. Today we will tell you about Kartikeya Jakhar of Jhajjar, Haryana, who is studying in class 8th in Jawahar Navodaya Vidyalaya, who is the world’s youngest app developer and his name has become painful in the Guinness Book of Records. Is.

Yes, Kartikeya Jakhar, a Class VIII student of Jawahar Navodaya Vidyalaya, created apps while doing the feat at the age of just 12 and has now entered the Guinness Book of Records. This guy has made three learning web applications without any guidance. Along with the achievement, he also wants to make his way to Harvard University in the US for his talent, he said in a conversation with Hindustan Times.

Who is Kartikeya Jakhar?

Kartikeya Jakhar belongs to a farmer family. And his father got him a phone worth Rs 10,000 to attend his online classes during the Covid-19 pandemic. Kartikeya told that during the coding process, the phone had to face many problems but I kept working.

Kartikeya Jakhar while talking further said, “I got inspired by PM Modi’s Digital India campaign. I also want to serve the country.”

Not only this, Kartikeya has also won a scholarship by clearing the entrance exam of Harvard University and now, pursuing B.Sc in Computer Science.

What did the father say?

In a conversation with HT, the 12-year-old boy’s father, Ajit Jakhar said that the screen of the mobile phone Kartikeya was using for online classes has broken down. But still kept working with enthusiasm and made 3 apps.

He further said, “I request the government to help my son so that he can move ahead by creating more applications. He is very talented. I want him to serve the nation in digital technology. Haryana Chief Minister Manohar Lal Khattar and Deputy Chief Minister Dushyant Chautala have also inspired him for his achievements.