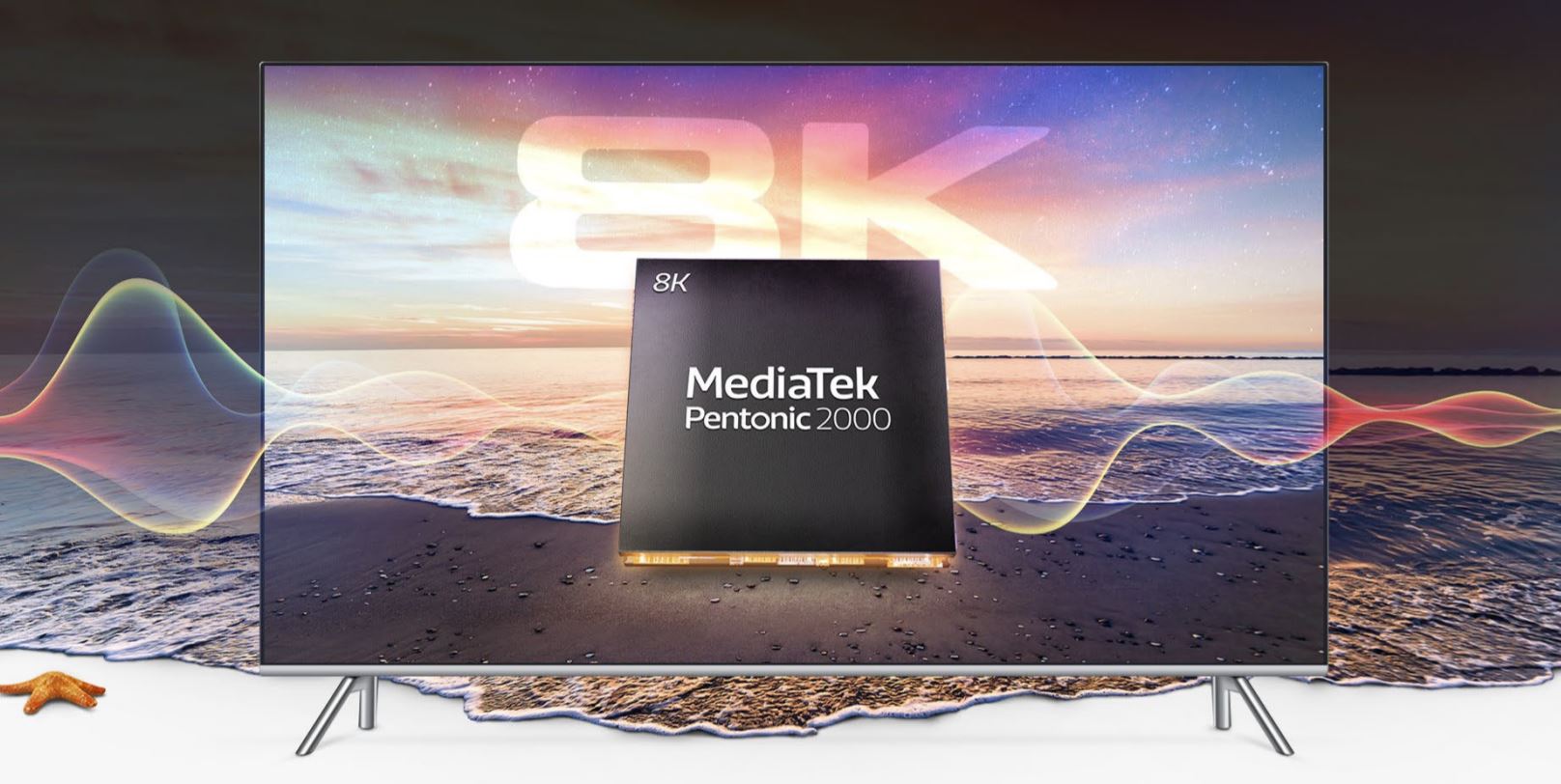 MediaTek recently unveiled the Pentonic 2000 smart TV chip, pledging that it “gives flagship 8K TVs incredible features and innovative technologies in the areas of display, sound, artificial intelligence, broadcast and communications.” By the way, according to the manufacturer’s estimates, today there are more than 2 billion TV sets in the world that use its microcircuits.

The Pentonic 2000 is said to be the highest performing product in its category, featuring the industry’s fastest CPU / GPU combination, backed by high memory bandwidth and high-speed UFS 3.1 storage. In addition, the Pentonic 2000 is the first commercial TV IC based on TSMC N7 (7nm class) technology for high performance and energy efficiency.

The Pentonic 2000 also mentions its proprietary Intelligent View technology, which allows multiple picture-in-picture (PiP) or picture-by-picture (PbP) screens, allowing a large 8K display to display a “video wall” of content from a variety of media sources.

Leveraging the USB and PCIe connectivity available in the Pentonic 2000, TV designers can add MediaTek Wi-Fi 6E solutions like the Filogic 320 or 330, or even MediaTek 5G cellular solutions to provide the fastest wireless internet connection needed for streaming. 8K or multiple streams for PiP and PbP.

The platform’s versatility, supporting, among other things, the next-generation ATSC 3.0 broadcast standard, allows manufacturers to develop a single model for multiple markets.