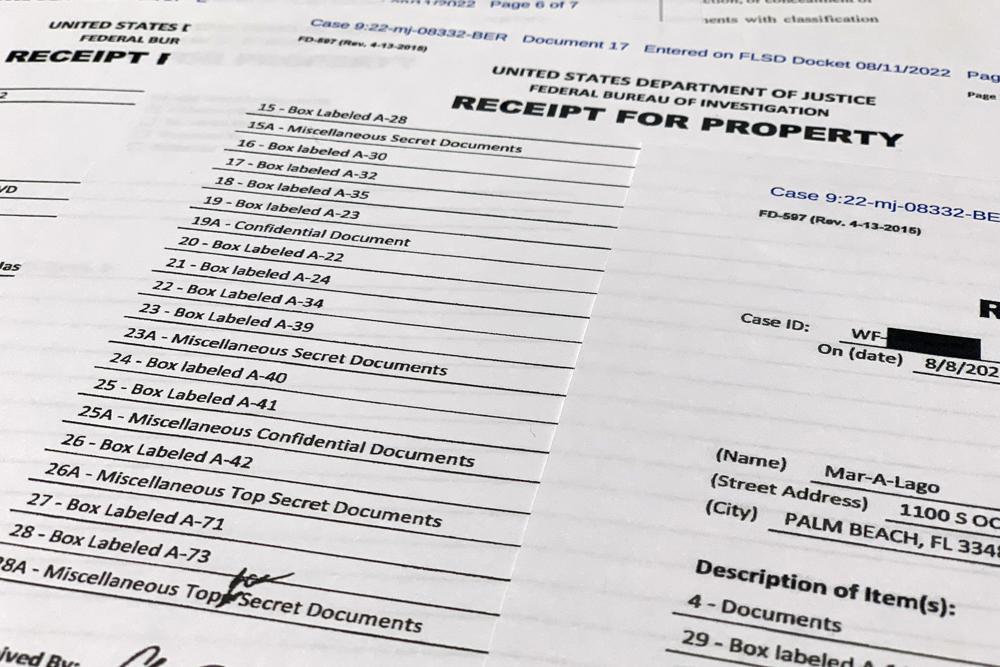 The Associated Press, The New York Times, The Washington Post, The Wall Street Journal, the broadcast TV networks, CNN and others want U.S. Magistrate Judge Bruce E. Reinhart to release the affidavit over the objection of the U.S. Justice Department, which says its investigation of Trump’s handling of “highly classified material” would be compromised.

The media companies argue the affidavit’s release would help the public determine if the Justice Department had legitimate reasons for the search or if it was part of a Biden administration vendetta against Trump, as the former president and his backers contend. Trump, in a Truth Social post last week, called for the release of the unredacted affidavit in the interest of transparency.

“The matter is one of utmost public interest, involving the actions of current and former government officials,” wrote attorney Carol Jean LoCiero, who is representing the Times and others. “President Trump decried the the search as an ‘assault that could only take place in Third World Countries,’ asserted agents ‘even broke into my safe,’ and otherwise challenged the validity of the search.”

Justice Department attorneys argued in a court filing that its investigation into Trump’s handling of “highly classified material” is ongoing and that the document contains sensitive information about witnesses.

The filing by Juan Antonio Gonzalez, the U.S. attorney in Miami, and Jay Bratt, a top Justice Department national security official, says making the affidavit public would “cause significant and irreparable damage to this ongoing criminal investigation.”

“If disclosed, the affidavit would serve as a roadmap to the government’s ongoing investigation, providing specific details about its direction and likely course, in a manner that is highly likely to compromise future investigative steps,” they wrote.

As of Wednesday afternoon, Trump’s attorneys had not indicated on the court’s docket that they plan to take part in the hearing.

FBI agents searched Trump’s Mar-a-Lago estate on Aug. 8, removing 11 sets of classified documents, with some not only marked top secret but also “sensitive compartmented information,” according to a receipt of what was taken that was released Friday. That is a special category meant to protect the nation’s most important secrets that if revealed publicly could cause “exceptionally grave” damage to U.S. interests. The court records did not provide specific details about information the documents might contain. AP