Maserati Greykel revealed, this SUV will be sold in three types of engines 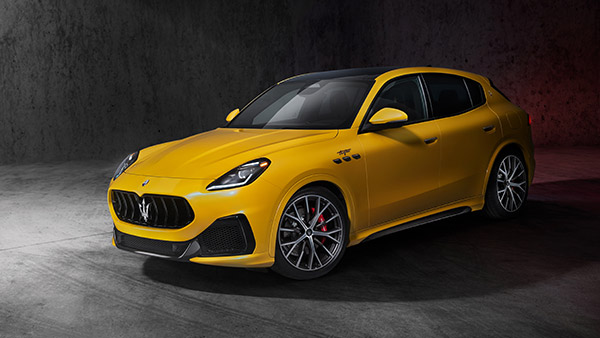 For now the Maserati Grayscale is being offered in three versions – GT, Modena and the performance-oriented Trofeo. The GT variant is powered by a 2.0-litre four-cylinder engine that churns out 299 Bhp of power and 450 Nm of torque. The Modena gets the same powertrain with mild-hybrid technology that is capable of producing 330 Bhp of power and 450 Nm of peak torque.

Coming to the top-of-the-line trim Trofeo, it is offered with a 3.0-litre V6 engine that churns out 530 Bhp of power and 620 Nm of torque.

As far as styling is concerned, the Maserati Greycelle gets a signature front grille with vertical slats. The tail lamp in this SUV has been given in Boomerang style. There is a chrome strip on the boot door connecting both the tail lamps.

Talking about the interiors, the interior design of the Maserati Grayscale is influenced by the coupe design. The cabin is equipped with four display screens. It gets a larger 12.3-inch fully digital instrument cluster, a similarly sized infotainment system, an 8.8-inch screen for the HVAC system and a circular digital clock on the dashboard.

The Maserati Greycelle will also be available in a fully electric variant, which is touted as the ‘Folgor’. It will be introduced in 2023. The Grackle Folgore will be equipped with a 105kWh battery pack and will be capable of producing 800 Nm of torque.