Maruti will launch many new SUVs, for this it will invest Rs 7000 crore by March 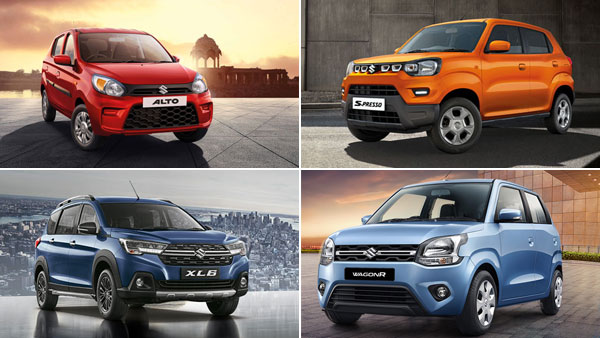 However, Maruti had clarified its plans to launch the SUV earlier this year itself when it launched the new generation Brezza. Let us tell you that just before the festive season, Grand Vitara was launched which was the biggest launch of the company. According to the report, Maruti is also planning a three-row SUV in the upcoming new SUV.

Maruti will also invest Rs 7,000 crore to set up its new manufacturing plant near Sonipat, Haryana. Earlier, Maruti had announced an investment of Rs 11,000 crore in the first phase of setting up the Sonipat plant.

The company’s plant at Kharkhoda will be the third manufacturing factory in the country. The company aims to start production from it in the next three years and is expected to produce around 2.5 lakh units annually in the first phase.

Maruti currently manufactures more than 22 lakh units of cars every year from the number of plants it currently has across the country. Maruti’s plants include Suzuki’s plant in Gujarat, while the Manesar and Gurugram plants in Haryana produce about 15.5 lakh units annually.

Ajay Seth, Chief Financial Officer, Maruti Suzuki said, “All the new models we are launching will have a huge investment outlay. Launching and tooling of new models are the two areas where capital expenditure will be maximum.”

The company, like all other segments, will try to further strengthen its SUV portfolio to dominate the SUV segment, he added. Seth said that after the success of both Brezza and Grand Vitara, Maruti is now looking to introduce more models in the SUV segment.

Let us tell you that due to the lack of supply chain, Maruti’s production has been affected this year. The company failed to manufacture around 35,000 units in the current financial year due to shortage of electronics component, semiconductor.

At the end of the second quarter, Maruti currently has a backlog of 4.12 lakh vehicles. Its latest models, which also include the Brezza and Grand Vitara, have around 1.3 lakh bookings pending for delivery.