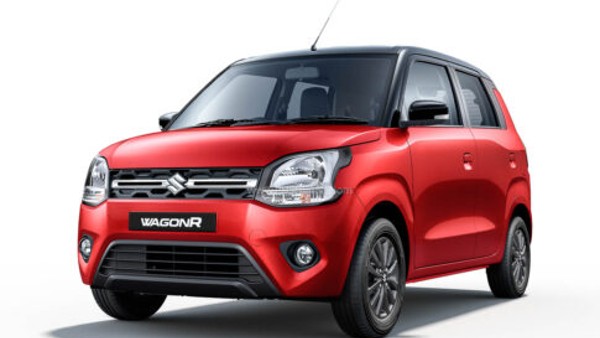 What are the new features in WagonR facelift?

The automatic gearbox variant of the new WagonR now gets new features like idle start-stop and hill hold assist. At the same time, features like speed sensitive door lock, rear parking sensor, speed warning and seat-belt reminder are included in the standard features.

The company has introduced two new dual tone color options to the WagonR facelift, which includes Black Roof with Gallant Red and Black Roof with Magma Grey. The interiors have been given a dual tone touch, which includes beige and dark gray color tones. The new WagonR continues the 7-inch touchscreen infotainment system of the current model but now comes equipped with Maruti Suzuki’s SmartPlay studio, navigation and 4 speakers.

What is the mileage of WagonR facelift?

The new Maruti Maruti WagonR facelift will now get more mileage than before. The company claims that it can give mileage of 25.19 kpl, while the current hatchback 1.0 and 1.2-litre models give mileage of 21.79kpl and 20.5kpl respectively.

The new WagonR is safer than ever

This time special care has been taken of safety in Maruti WagonR. Features like dual airbags, hill hold assist and speed sensitive door lock will be standard on all variants. Apart from this, other features like rear parking sensors, speed warning and seat-belt reminder have been included as standard features before.

Maruti has launched the Baleno facelift just a few days back. 2022 Maruti Baleno has been introduced with many new features and changes compared to its old model. It has been launched in India between Rs 6.35 lakh to Rs 8.99 lakh. The company has also made the new Baleno available on a subscription-based plan that starts at a monthly fee of Rs 13,999.

The 2022 Baleno gets a new front look which includes a redesigned front grille, redesigned slim LED headlight, bumpers, fog lamps, bonnet and redesigned alloy wheels. At the same time, metallic black accents have been given on the dashboard with premium piano black finish in the interior.