Maruti Swift slipped on the road and fell into a ditch, viral video 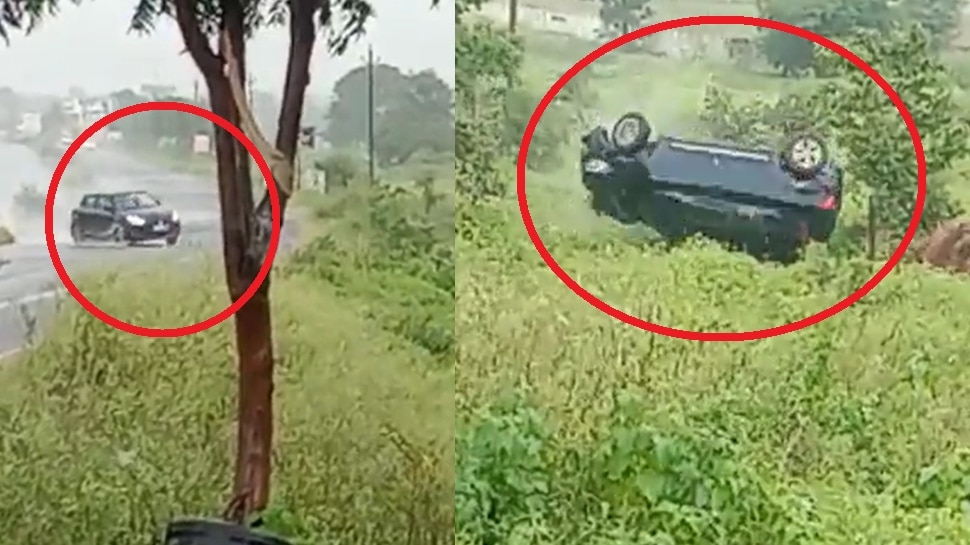 A video of an accident has surfaced on social media. In the video, a Maruti Suzuki car can be seen falling into a pothole after slipping on the road. The incident is being told of Chhindwara-Nagpur highway.

Maruti Swift Crash Video: Driving a car in rainy weather is a difficult task. At the same time, if you drive a high speed car in such weather, then there is also a risk of accident. A video of one such accident has surfaced on social media. In the video, a Maruti Suzuki car can be seen falling into a pothole after slipping on the road. The incident is being told of Chhindwara-Nagpur highway. However, the good thing was that the people present in the car remained safe.

It is seen in the video that a blue colored Swift car is running on the road. The weather is rainy, due to which water is also filled at places. When the car passes through the filled water, it loses its balance. Once it recovers, it turns to the left. The driver loses control of the car and it falls into the deep ground next to the road.

Madhya Pradesh MP Nakul Kamal Nath has shared the clip of the accident on Twitter. Nakul Kamal Nath said that he got information about a car losing control on the Chhindwara-Nagpur highway after heavy rains. He said that all the occupants of the vehicle are safe which is a matter of relief.

While advising the people, he said, “Drive slowly in the rain and in case of excessive rain, park the vehicle at a safe place and wait for the rain to stop.” You are also advised to drive carefully during the rainy season. Keep cleaning the windscreen of your car with the help of wipers regularly. If the windscreen is getting foggy, run the defogger.