Maruti Suzuki will launch three new cars in the next two months, see which models are included in the list 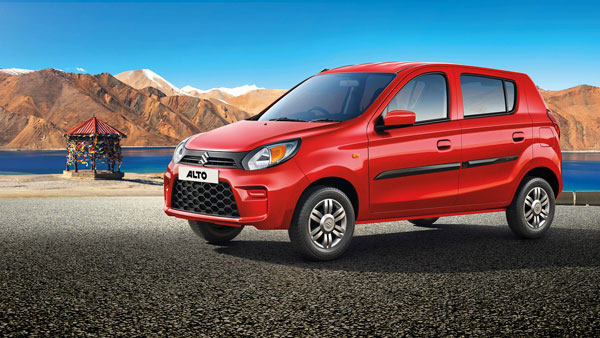 These products include the 5-door Maruti Suzuki Jimny and the Maruti Suzuki YTB compact SUV coupe. However, both these models will be launched in the market by the year 2024. Apart from this, Maruti Suzuki is also preparing to launch the next-generation Alto hatchback and Maruti Suzuki Eeco van.

The new-gen Maruti Suzuki Alto has been spied testing on several occasions and now reports suggest that the all-new Alto will be launched in August, while the new-gen Maruti Eeco will hit the roads by September 2022. . So let us have a look at some of the details of these upcoming cars.

Major changes will be made in the new generation Maruti Suzuki Alto hatchback. The model will get a more angular stance like we have seen in the new Maruti Suzuki Celerio and will be built on Suzuki’s modular Heartect platform. Along with this, its size will also be bigger than before.

Maruti Suzuki may also offer a new 1.0-litre K10C DualJet petrol engine, which churns out 67 bhp of power and 89 Nm of torque. Its existing 796cc engine will also remain on offer, but it could be reserved for the lower variant.

The all-new Grand Vitara will be the most fuel efficient SUV in its segment. It will also be the most expensive and advanced SUV from the Indo-Japanese automaker in the country. This car will be made available in a total of 6 variants, which include Sigma, Delta, Zeta, Alfa, Zeta+ and Alfa+.

The new-gen Maruti Suzuki Eeco is likely to get some cosmetic and feature upgrades including power steering. It is believed that no changes will be made to its engine. Similar to the current model, the new model will also get a 1.2-litre, 4-cylinder petrol engine, producing 73 Bhp of power and 101 Nm of torque.