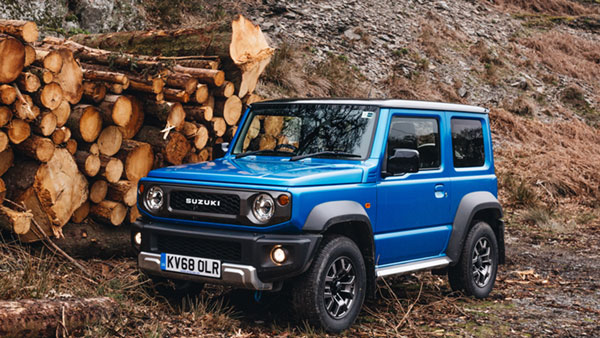 Jimny SUV is getting popular

Speaking to an online media publication, Shashank Srivastava, Senior Director (Marketing and Sales), Maruti Suzuki India has revealed that the company has received positive response for its Jimny SUV. Maruti Jimny was introduced in a 3-door avatar at the 2022 Auto Expo. However, the car may launch it in a 5-door variant in India. At present, Maruti Suzuki is working on the expected price, specs and launch timeline of the Jimny.

If reports are to be believed, the 5-door version of the Maruti Jimny could be offered with a 1.5-litre petrol engine and an AWD (all-wheel drive) system. It can be offered with mild hybrid technology to reduce emissions. The 5-door variant of the SUV will get low range transfer gear and 3-link rigid axle suspension. Transmission options will include manual and automatic units. However, the carmaker may tune it differently according to the requirements of the Indian customers.

The Jimny is currently offered only as a three-door model like the Mahindra Thar. This version is already being made in India but it is only for export. Maruti will introduce all-wheel-drive option in its lineup for the first time in many years with its upcoming compact SUV. It is expected to be called the Grand Vitara in India. The new Brezza and the upcoming Grand Vitara are likely to remain Maruti’s primary SUVs for 2022.

Talking about the Maruti Jimny, it has been made available in the international markets in three and five door variants. The Japanese version of the Jimny is powered by a 1.5-litre VVT ​​petrol engine that produces 102 Bhp of power and 130 Nm of torque. This car has the option of 5-speed manual and 4-speed automatic gearbox.

According to auto experts, the 1.5-litre, 4-cylinder K15B SHVS petrol engine will be used if the Jimny is launched in India. This engine is already being used in cars like Ertiga, Ciaz and Vitara Brezza.

Some of the recently launched fifth-generation models from Maruti Suzuki are built on the company’s lightweight HeartTech platform. At the same time, the Jimny to be launched in India will be built on a larger ladder-frame chassis.

This car has the facility of 4-wheel drive. Due to its compact size, the ground clearance of the car is 210 mm, which gives it a lot of stability. This mini SUV is becoming quite popular due to its design and off-roading capabilities.

At present, the company will launch this car in India only after a lot of thought. India is a big market for cars. Looking at the figures of the last few years, the sales of luxury and multi-facility SUV cars have increased in the country. Now it remains to be seen whether the company decides to launch Jimny in India or not.