Maruti Suzuki is working on a new strong hybrid system, may soon be introduced in Vitara Brezza 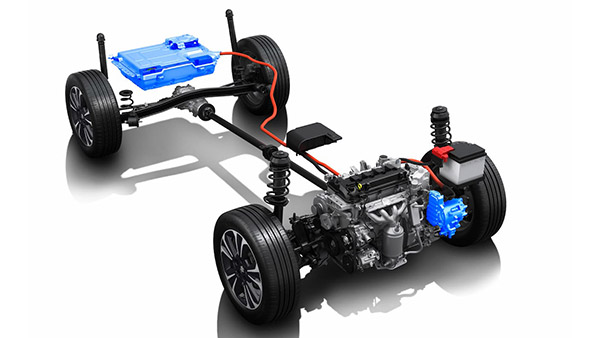 In such a situation, possibilities are being raised that Maruti Suzuki’s upcoming rival can be launched in India with the Hyundai Creta. This new hybrid powertrain is an evolution of Maruti Suzuki’s existing mild-hybrid system. This powertrain will be used with the company’s existing 1.5-litre naturally-aspirated petrol engine.

Let us tell you that the 1.5-litre K15B petrol engine is used in the Maruti Suzuki S-Cross, Ciaz, XL6 and Maruti Ertiga in the Indian market, with which mild-hybrid technology is given. The new engine provides 115 bhp power and 138 newton meter torque.

On the other hand, the output of the electric motor found in this system provides 33 bhp power and 60 Newton meter torque. According to the information, this hybrid system has been given only in the UK-spec Suzuki Vitara so far, which only comes with a 6-speed automatic gearbox.

The electric elements of this hybrid powertrain from Maruti Suzuki provide the usual functionality to incorporate the engine’s idle start-stop and assist acceleration with added torque. The UK-spec Vitara SUV gets 22.5kmpl mileage in a hybrid powertrain with front wheel drive.

It is expected that Maruti will introduce this powertrain with its upcoming compact SUV. It is believed that Maruti Suzuki can launch this car this year. Let us know that the new model of the new Maruti Suzuki Vitara Brezza has been seen during testing.

This SUV of the company will be launched over Maruti Suzuki’s existing SUV Maruti S-Cross and this SUV is going to compete with cars like Hyundai Creta, Kia Seltos, Skoda Kushaq, Volkswagen Taigun and Nissan Kicks in the Indian market.