Maruti Suzuki is about to increase its production to 1 lakh units, is about to clear the pending orders 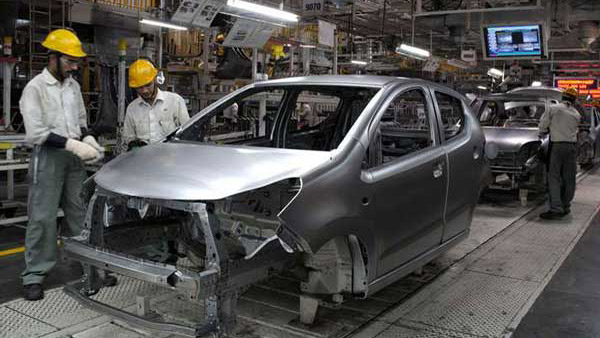 Maruti Suzuki currently sells an average of 1.3 lakh units of cars per month. Presently the company produces at Manesar and Suzuki KB Gujarat plants and Manesar located in Haryana is the company’s largest plant. In order to deliver the cars at the earliest, the company may increase the production capacity of the Manesar plant for some time.

Many important models of the company are produced at the Manesar plant which include Alto, S-Presso, Celerio, Brezza and Dzire. At the same time, the company’s Gurugram plant, which is the company’s first plant, produces Ertiga, XL6 and Eeco. The company official said that efforts are being made to increase the production in this plant as well.

Talking about the company’s new plant, it is also going to be in Haryana and will be just 100 km away from the existing plant so that there is no problem in transportation. The company official has informed that this plant will be ready by 2025 and work will start here. The first phase of the vehicle manufacturing unit in Haryana will be set up with an investment of Rs 11,000 crore.

Maruti Suzuki has set a target to increase production from the new plant. Presently the company has orders pending for around 4 lakh cars. Maruti is already battling with late deliveries of cars but after the launch of the new Brezza and Grand Vitara, the bookings have increased by about 2 lakh units. Now it has to be seen how long the company clears it.

A senior Maruti Suzuki official had informed that the company has produced 51,000 units less vehicles in the June quarter, compared to 4,67,931 units produced in the previous quarter. Because of this, there is a problem in the planning of production. Ajay Seth, CFO, Maruti Suzuki, said that due to lack of electronic equipment, our production is being limited.

Maruti Suzuki’s sales have become better again and it is going to increase even more in the coming years. In such a situation, the company needs a plant but still it will have to wait for 2-3 years.