Maruti S-Cross will be launched in the Indian market in May 2022, know what will be available 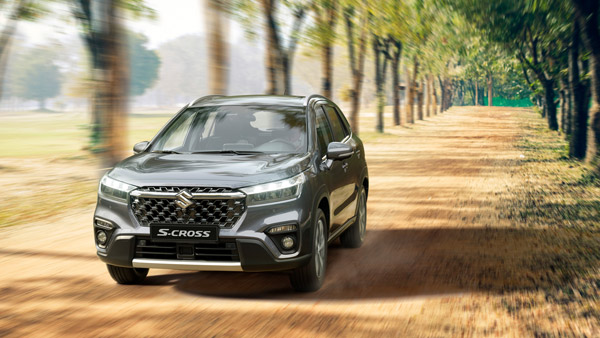 The company’s dealers have been informed that it is to be brought in this half year and many dealers have also started taking bookings unofficially. The new Suzuki S-Cross has been brought in at a price of £24,999 and the Ultra variant at £29,799. It is being made at the company’s Suzuki factory in Hungary along with the Vitara.

Let us tell you that it was brought in 2006 and now its third generation has been brought, this car has got a lot of popularity in the Indian market as well. The new Suzuki S-Cross gets a redesigned grille, along with a thicker chrome bar that helps connect the headlights on either side, along with a Suzuki badge in the middle.

At the front, it gets piano-black grille inserts, triple beam headlight, raised bonnet, redesigned front bumper and new fog lights. Along with this, a large central air intake and faux skid plate, chrome on the window line, thick wheel arches, side body black cladding, machine 17-inch alloy wheel and body color handle have been given. At the rear, it gets a newly designed LED taillight, chrome bar in the middle, variant and Suzuki badges, new rear bumper, stop lamp and roof rail at the top.

Powered by a 1.4-litre four-cylinder turbocharged petrol engine that produces 127 bhp, along with a 48V mild-hybrid system, it is an improved version of the Ignis and Swift sold in Europe. It accelerates from 0 – 100 km/h in 9.5 seconds, while achieving a top speed of 195 km/h. It has been given a six-speed manual and six-speed torque converter automatic gearbox.

The top variant of the new Suzuki S-Cross gets a selectable driver mode with 4 wheel drive. It gets 7-inch touchscreen infotainment system with Apple CarPlay and Android, heated front seats, keyless entry, dual-zone automatic climate control, LED headlight, etc. Along with this, in terms of safety, adaptive cruise control, blind spot monitoring, parking sensors and traffic sign recognition have been given.