Maruti Launches New S-Presso S-CNG to Get 32km Mileage; Know what is the update 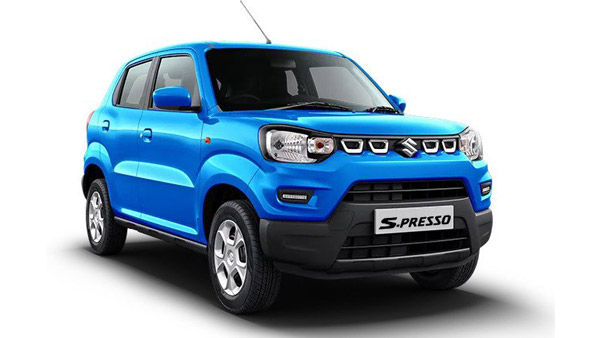 The new S-Presso CNG 1.0 dual jet engine generates 66 Bhp of power at 5500 rpm and 89 Nm of torque at 3500 rpm. However, when running on CNG, the power comes down to 56.59 bhp and torque to 82.1 Nm. A 5-speed manual is also available with the option of a 5-speed AMT gearbox for the petrol model while only a manual gearbox is available for the CNG variant.

The company claims that the CNG variant is capable of giving a mileage of 32.73 km/kg of CNG. The price of Maruti S-Presso petrol variant starts from Rs 4.25 lakhs and goes up to Rs 6.10 lakhs (ex-showroom) for the top variant. In the car market, Maruti S-Presso competes with Renault Kwid and Tata Punch.

Improving its sales in the festive season, the company has sold 1,03,912 units of passenger vehicles in the domestic market. The reason for such tremendous sales of Maruti is the company’s new cars. Starting with the new Baleno and Celerio, the company has launched facelift models of Alto and Brezza in the last few months.

These cars available in the new design are being liked by the customers. At the same time, Grand Vitara, which was launched on 26 September last month, has made a splash in a few days. Within a week of its launch, 4,800 units of this SUV have been sold. The Maruti Grand Vitara is the most premium SUV in the company’s passenger vehicle segment. The Grand Vitara has been brought in the option of mild-hybrid and strong hybrid. Prices for the mild hybrid variant of the Grand Vitara start at Rs 10.45 lakh and go up to Rs 17.99 lakh (ex-showroom) for the strong hybrid.

Along with this, the company has officially discontinued its popular car S-Cross, which has been sold for the last several years. The company has removed the S-Cross from its website and has also stopped booking. Let us tell you that the sales of S-Cross were not doing well for the last few years, while this year the company was able to sell only a few units of it. S-Cross was launched in the year 2015. It was being sold in 1.5-litre petrol, 1.3-litre diesel and 1.6-litre diesel engines.