Maruti Gypsy is about to retire from the Indian Army, these 5 off-roaders can be its option 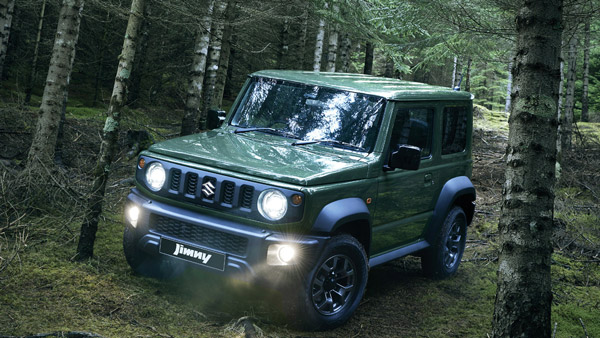 Let us tell you that the Force Gurkha did a trial run for the army in the late 90s before becoming available on sale. But its 2021 model has been launched with many new changes. However, it still gets the same overall ratio, same size engine and ladder frame chassis like the old model.

But the coil spring suspension is more comfortable for the passengers and gets a host of new features including dual front airbags, rear parking sensors, cornering lamps and a Tire Pressure Monitoring System (TPMS). It comes with a factory fitted snorkel, 700 mm of water vending and 35 percent gradeability for climbing steep slopes.

Though it is the most expensive SUV on the list and yet the Jeep Compass Trailhawk is the cheapest trail-rated Jeep that you can buy in India. It comes with luxurious interiors, good riding quality and hardware and software system to tackle the tough terrains.

The arrival of Maruti Suzuki Jimny has been awaited for a long time and its 4-door version may finally arrive in India by the year 2023. It is the fourth-generation successor to the Maruti Gypsy that retains some of the original SUV’s DNA with its compact dimensions, ladder frame underpinnings and retro styling.

It is expected to get an economical yet powerful mild-hybrid 1.5-litre petrol engine and is also safer than the old Gypsy. The Maruti Suzuki Jimny gets a rugged ladder frame chassis, solid front and rear axles and three-link front and rear suspension.

The 4×4 Mahindra Bolero has replaced the Gypsy in the police fleet, but a more modern name may be used for the Indian Army. The stock model also doesn’t feature the Bolero Neo 4WD, but it is clearly capable of becoming an off-roader with its mechanically locking rear differential and Multi Terrain Technology (MTT).

It also gets the same 1.5-litre diesel engine as the Mahindra Bolero, which churns out 100 Bhp of power and 260 Nm of torque. If Mahindra gives it a proper 4WD system then Mahindra Bolero Neo can be a good option for the Indian Army.