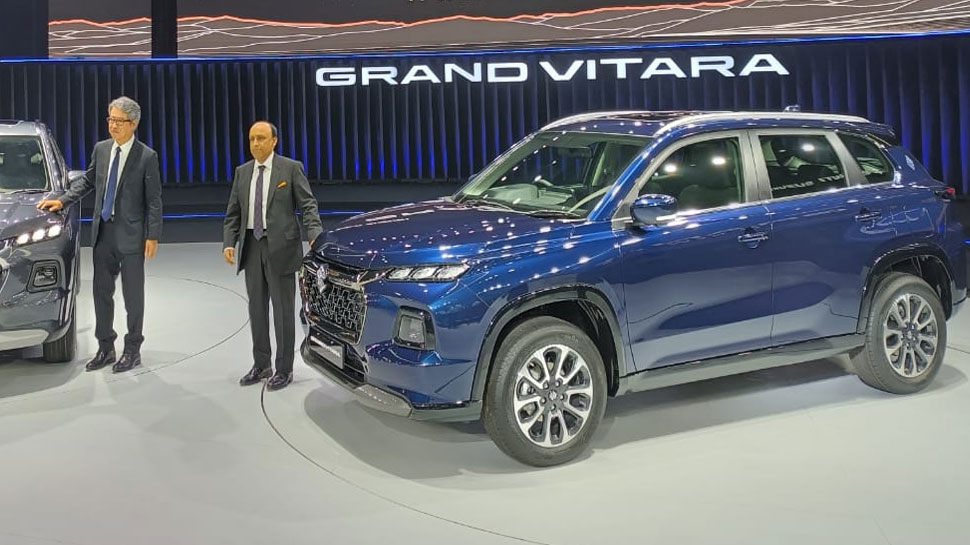 Maruti Grand Vitara Unveiled: The Maruti Suzuki Grand Vitara has finally been unveiled in India, with the company taking the wraps off its design. Let us tell you that there is a tremendous craze among the customers about this SUV in India.

Maruti Suzuki Grand Vitara Unveiled: The Maruti Suzuki Grand Vitara based on the Toyota Urban Cruiser rider has been introduced in India. There is a tremendous craze among Indian customers regarding this because in this you will get to see a combination of tremendous power with a fresh design. Today we are going to tell you about its features that make it a competition of SUVs of other segments.

If we talk about the notable features, then you will get a hybrid power train and a sunroof along with a strong design in this SUV. The company has also started its booking for a token amount of Rs 11,000. In such a situation, customers wanting to buy it can easily book.

As we have told you earlier that Maruti Suzuki Grand Vitara is based on Toyota Urban Cruiser Hybrid SUV, so similarities will be seen in it but some extra features have also been included in it which you will like a lot. Let us tell you that you will get to see a new front end with vertically-split headlamps which will go to the rear end with the same difference.

Like all the recently launched Maruti Suzuki cars, the Grand Vitara will come with plush interiors with premium features including a head-up display, a large panoramic sunroof, a first in its segment, a 360-degree parking camera , a 9-inch infotainment touchscreen along with 6 airbags.

The Maruti Suzuki Grand Vitara is the first SUV from the Indian automaker to be given a hybrid powertrain. The SUV is expected to get a 1.5-litre Atkinson cycle motor. It is tuned to generate 115 PS of power combined with an electric motor. Also, the lower trims are expected to get a 1.5-litre NA engine with different tunings. In addition to this, the SUV will get an all-wheel-drive system that will make it better than some of its rivals. This SUV will give a tough competition to Kia Seltos.