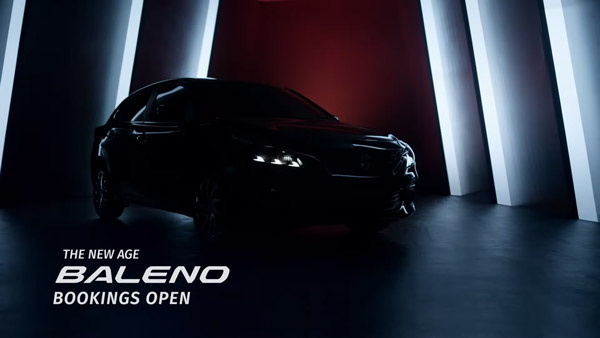 It should be noted that the manual mileage has come down by 1.5 kmpl, while the CVT has been discontinued which used to give a mileage of 19.56 kmpl. In its place, the automatic is being brought. Hence, the AMT offers a higher mileage of 3.38 kmpl than the CVT, which is in great news for the customers of the automatic variant.

At the same time, the weight of Maruti Baleno Facelift is going to increase, its weight has increased by 70 kg to 1410 kg. Although this weight has increased due to better structure or more safety, it remains to be seen. With its variants revealed recently, this premium hatchback is to be brought in a total of 11 variants, which include Sigma, Delta, Zeta, Zeta (O), Alpha, Alpha (O).

Along with this, except for the Sigma, the option of 5 speed manual with 5 speed AMT has been given. Optional variants have been added to the Baleno for the first time and the rest were already there. The booking for 2022 Maruti Baleno has been started and it can be booked by paying Rs 11,000. Its delivery can be started soon after the launch. The company is going to bring it with many changes.

Maruti will not change the engine of the new Baleno. Currently, Maruti Baleno is made available in one engine option in India. The first is a 1.2-litre engine that churns out 83 Bhp of power and 113 Nm of peak torque. This engine comes with 5 speed manual and AMT gearbox. The 2022 Baleno gets new body panels which are made from better steel.

The front part has been given a completely new design, it has been given mesh grille, along with the headlight and LED DRLs have been given with the rear design. Talking about the side part, the design has been kept the same, though new alloy wheels can be seen in it. Along with making it attractive, the company is going to bring it with many attractive features and equipment.

A new dashboard is to be given in its cabin. A floating infotainment screen has been used in its dashboard. You also get a new steering wheel with steering mounted controls and a cruise control system. Along with this, a 360-degree camera has also been given, which has been mentioned in a recently released teaser.

The Baleno facelift gets a massive 9-inch SmartPlay Pro+ touchscreen infotainment system. According to the information, this system has been developed jointly with Toyota and it is equipped with features like wireless Android Auto and Apple CarPlay. Along with this, 6 airbags are also to be given in terms of safety, apart from this, EBD, electronic stability control etc. can also be given with ABS.

Maruti Suzuki cars are known for their mileage, so even though there has been a slight decrease in the mileage of the manual, it has been great in terms of automatic. Mileage has improved due to the replacement of CVT with the AMT variant.