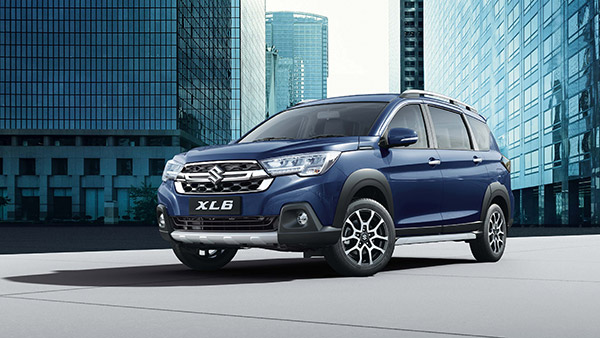 Talking about Baleno CNG, it has been made available in 1.2 liter Dualjet petrol engine. In CNG mode, the Baleno will generate 76 Bhp of power and 98.5 Nm of torque. Talking about mileage, Baleno CNG will give a mileage of 30.61 km/kg CNG. Whereas Baleno offers a mileage of 23 kmpl in the petrol model.

Talking about the features, the 7-inch Smart Play Pro touchscreen infotainment system is being given in Baleno CNG. The company is also supporting more than 40 connected car features in this car. The rear seats of the Baleno can be folded in 60:40. Apart from this, features like onboard voice assistant, Android Auto, Apple CarPlay, MID display, CNG switch button, LED projector headlamp have been provided in the car.

The Zeta manual gearbox variant of Maruti XL6 has been brought in CNG option. The Maruti XL6 is powered by a 1.5-litre four-cylinder engine that generates 87bhp of power and 121.5Nm of torque in CNG mode. The company claims that the XL6 can give a mileage of 26.32 km/kg in CNG mode.

The Baleno CNG will compete directly with the Toyota Glanza CNG. The Baleno CNG also competes with the Tata Altroz, Hyundai i20 and Honda Jazz, but all three do not have a factory fitted CNG kit.

Apart from this, Maruti’s next CNG model also includes the name of Brezza compact SUV, which could be the first CNG SUV to be offered with an automatic gearbox. The power and torque output of the Maruti Brezza CNG is expected to be similar to that of the Ertiga.