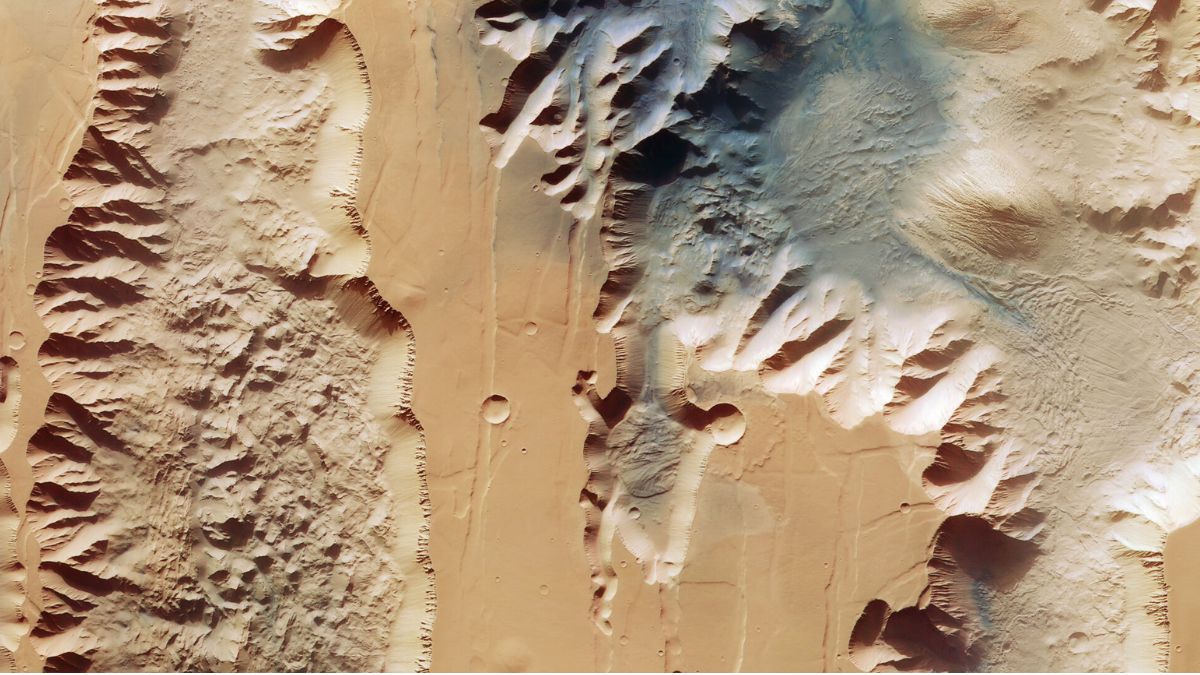 The European Space Agency’s (ESA) Mars Express orbiter has photographed parts of the largest canyon system in our solar system, Martian Valles Marineris. The Valles Marineris Valley on Mars, like its geological features, is much larger than such systems on all other planets. It is 4,000 km long, 200 km wide and up to 7 km deep. In comparison, the Grand Canyon in North America is only 450 kilometers long, 16 kilometers wide and up to 2 kilometers deep. While the Grand Canyon was formed by the erosion of the Colorado River, the Valles Marineris was formed by tectonic plates moving away from each other.

Mars Express Orbiter made two trenches photo capture which are part of the 840-km-long Ius Chasma and the 805-km-long Tithonium Chasma in western Valles Marineris. Images captured by the orbiter shed light on how a layer of dark sand forms on top of the titonium. The sand is believed to have come from the nearby Tharsis volcanic region.

Mars Express observations show water-storing sulfate minerals, parallel lines and piles of debris. This suggests that there must have been a landslide there recently. There has been rapid surface erosion from mountains 2-3 km high around the sand dunes around Tithonium. Sulfate minerals are particularly interesting to scientists. This could be evidence that this place was filled with water millions of years ago.

The Mars Express orbiter reached Mars in 2003. It remained in service for 18 years and 6 months in a row. It is the second oldest spacecraft in orbit around a planet other than Earth. In view of the success achieved during the mission in its utility, it has been given an extension till 31 December 2022. This orbiter has already brought many information related to Mars to the world.