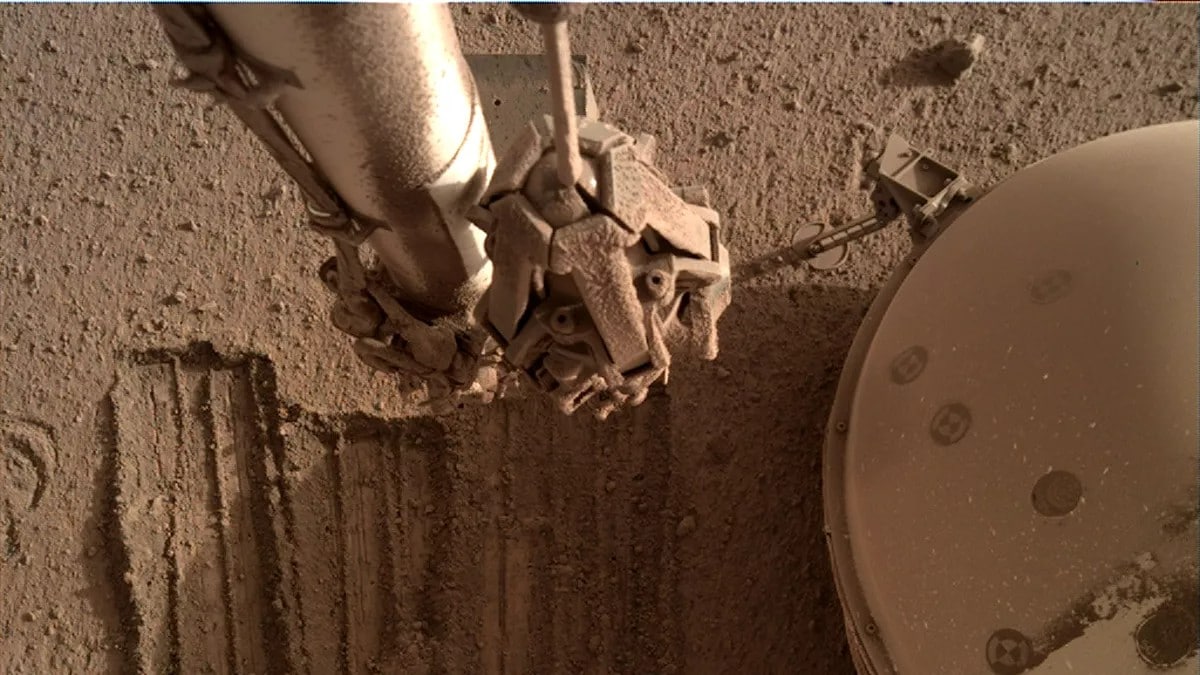 Mars has little or no ice in its equator, according to a new analysis of seismic data from NASA’s Mars InSight mission, which is exploring the possibility of life on Mars. The findings, published in the journal Geophysical Research Letters, suggest dry conditions 300 meters below the landing site’s subsurface near Mars’ equator. This appears to be a challenge to the hope of life flourishing there in the future, but it does not prove that there was never life there.

Vasan Wright, a geophysicist at the Scripps Institution of Oceanography at the University of California Told That the crust of Mars is weak and porous. Its sediments are not well cemented. The ice that fills the empty holes is not there or say not much snow. Wright said that these findings do not rule out that there may be grains of ice or small balls of ice, but the question is, how likely is the ice to exist in that form?

The team has found in their research that early in the history of this planet, there may have been oceans of water on Mars. Many experts suspect that much of the water is now part of the minerals that make underground cement. Research also underscores that water on Mars is not in liquid form. There is part of the mineral composition here. Cement, according to its nature, holds rocks and sediments together.

This lack of cemented sediments suggests that Mars has a water deficit within 300 meters of the surveyed site near the equator. Many scientists monitoring Mars have long suspected that the Martian subsurface would be filled with ice. Now his doubts are cleared. Despite this, large ice sheets and frozen ice remain at the poles of this planet.

The InSight spacecraft landed on a flat, smooth, plain ‘Elysium Planitia’ near the Martian equator in 2018. It also includes a seismometer, which measures vibrations caused by meteorites crashing on the planet. Now scientists want to investigate the subsurface of this planet, because if life exists on Mars, it will be there. Because this place can be protected from radiation. The US space agency also wants to dig deep inside this planet, so that the possibilities of life can be detected.