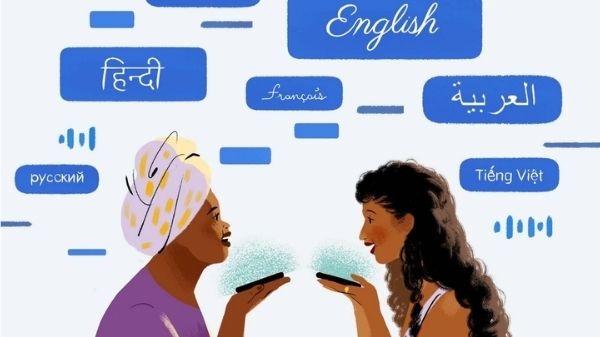 Meta is going to bring AI based Universal Speech Translator

The company, which also has platforms like Instagram and WhatsApp, wants to create translator software that “works for everyone in the world,” Meta announced during an event focused on the benefits of the Metaverse and AI technology.

In an online presentation, Meta CEO Mark Zuckerberg said that “the ability to speak with anyone in any language” is a “superpower people have always dreamed of.” He also highlighted the huge role of Artificial Intelligence during the same presentation.

According to Meta, languages ​​such as English, Mandarin and Spanish have adequate translation tools, but 20% of the world’s population does not speak these languages.

To overcome the challenges of training AI systems to translate lesser-known languages, META has a two-pronged approach. The first is called “No Language Left Behind” and will focus on building AI models that can learn to translate with minimal training. The other is called “Universal Speech Translator” which will be able to translate speech from any language to another in real time.

In a blog post, Meta gave no time frame for these tools, but focused on the benefits that a universal language translation would bring. “Removing language barriers will be a profound task, making it possible for billions of people to access information online in their native or preferred language,” wrote Meta.

So now the thing to be seen will be that in which languages ​​and where Meta will offer this AI translation tool and how many benefits will they get.