Many smart smartphones including Oneplus 10R, Xiaomi 12 Pro will be launched this week, know details 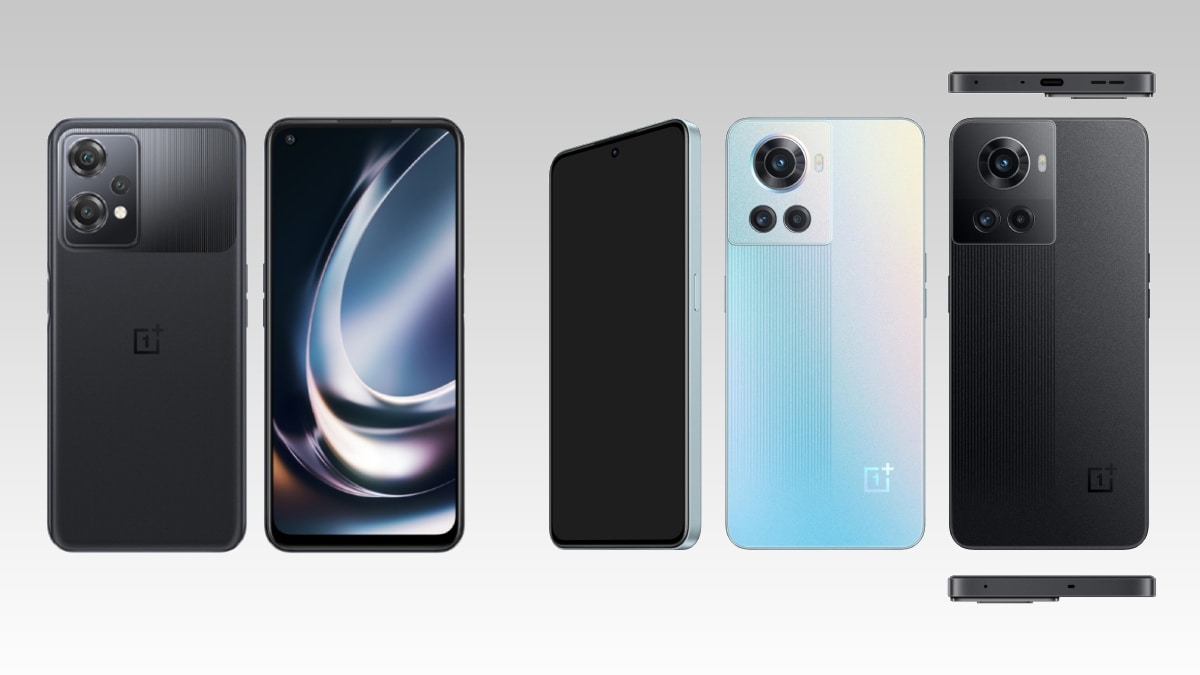 The month of April is about to end and only a few days are left in it. In the last few days of this month, big bang smartphones are to be launched by smartphone companies, starting with Oppo K10 5G. Apart from this, popular smartphones like Xiaomi 12 Pro and Oneplus 10R are also being launched in this week. Know, which smart smartphones are knocking this week in the global market including India!

Oppo K10 Sarees will be launched today, i.e. on 24th April. The event will start at 2.30 pm (Chinese time). It will be launched on China’s social media site Weibo. It will also be shown live on other popular video streaming platforms in China.

In the K10 lineup, the company can launch two models Oppo K10 5G and Oppo K10 Pro 5G. According to the leaks, the Vanilla K10 will have an LCD screen with 120Hz refresh rate and can be a MediaTek Dimensity 800 SoC. It can also get 67W fast charging. Qualcomm Snapdragon 888 chip can be seen in K10 Pro 5G. Display with 120Hz refresh rate and 50MP Sony IMX766 primary sensor can be given.

Moto G52 was launched in Europe this month. It is going to be launched in India on 25th April. Its price is being told around 20 thousand rupees. The phone will go live at 12 noon. Looking at the specifications of the Moto G52, the phone has a 6.6 Full HD Plus panel and Qualcomm Snapdragon 680 chip has been given. It will be based on Android 12 and will be equipped with a 50-megapixel triple camera. 5000 mAh battery can be found in the phone with 30W fast charging.

The Realme Narzo 50A Prime will go live in India on April 25 at 12.30 pm, which will be shown on the company’s YouTube channel. The phone has been launched in many markets of South Asia. It comes with FHD+ LCD display, UNISOC T612 chip, 50MP main camera, 5,000mAh battery and 18W fast charging support.

Vivo X80 series is going to be launched on 25 April. The event will begin at 7PM CST and will be live on other streaming platforms in China apart from Weibo. Vivo X80, Vivo X80 Pro and Vivo X80 Pro + models can be seen in the series. Along with them, another smartphone Vivo S15e can be seen.

Poco F4 GT will be launched on 26 April. The event will start at 8 pm which will be shown on the company’s YouTube channel. This is a rebranded model of Redmi K50G. It can be seen with Qualcomm Snapdragon 8 Gen 1 chip, 120Hz OLED display, quad speakers, 120W fast charging.

Xiaomi is going to hold a conference in India on 27th April which has been named as Xiaomi Spring Summer Flagship Event. The event will be live on the company’s YouTube channel from 12 noon. Xiaomi 12 Pro was launched in China in December last year. Xiaomi Pad 5 and Xiaomi Smart TV 5A can also be launched with this phone. Xiaomi 12 Pro will be the first Xiaomi (Mi) Pro series smartphone in India.

iQOO is going to launch iQOO Z6 Pro 5G on April 27. But, there is news that the company will also launch iQOO Z6 4G with it. iQOO Z6 Pro 5G will be a midrange smartphone with FHD+ 90Hz AMOLED display and Qualcomm Snapdragon 778G processor. It will have support for dual stereo speakers. 64MP triple camera and 66W fast charging will be seen in the phone. At the same time, iQOO Z6 4G will be a budget smartphone in which specifications like Qualcomm Snapdragon 680 chip, FHD + AMOLED screen, 50MP camera can be seen.

Oneplus is going to do a launch event in India on April 28. It can be seen live on the company’s official YouTube channel starting at 7.30 pm.

The company has confirmed that 2 smartphones and 1 wireless earbuds will be launched at the launch event. One of these phones will be OnePlus 10R, which is the global version of OnePlus Ace launched in China. It has Mediatek Dimensity 8100 chip and 150W fast charging.