Many details revealed including the price of Volvo XC40 Electric 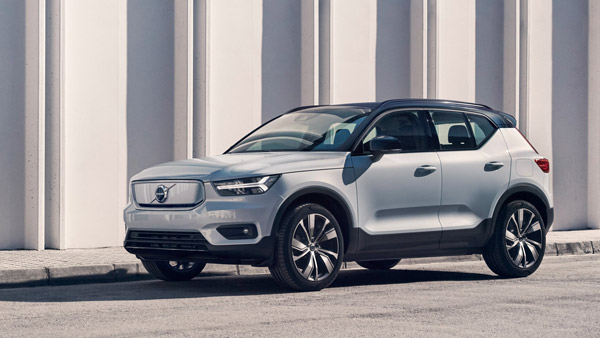 A 75kWh battery pack is to be given in the Volvo XC40, which is to be given with a twin electric motor setup. It provides 408 bhp power and 660 Newton meter torque, its maximum speed will be kept at 180 km / h. This electric SUV accelerates to 100 km/h in just 4.9 seconds. This model will be kept similar to its petrol model but with slight changes in styling.

It can give a range of 418 km on full charge. The Volvo XC40 comes with a fast charger of 11 kW, using which this SUV can be charged up to 80 percent in just 40 minutes. On the other hand, it takes 8-10 hours to get fully charged with a normal charger.

It will get a new sealed front face and the mesh grille has been removed. In this, the recharge badge is given in front, while the place of charging has been given in place of the fuel lead. Talking about the side part, it has been given sharp cuts and creases like the regular model, while it has been given a 19-inch diamond cut alloy wheel which gives it a premium look.

The L-shaped LED taillight at the rear and the Volvo letter on the tailgate have been given. It will be given with two interior themes Charcoal Leather, Vanilla and Nappa Leather. It will get the same cabin, vertical touchscreen infotainment system and air con vents, along with Android based infotainment system, Volvo on Call Connected technology.

Talking about other features, it will get heated front and rear seats, multifunction steering wheel, automatic climate control etc. In terms of safety features, 360-degree parking camera, multiple airbags, lane assist and emergency braking system will be provided. Along with this, this car will be made available in five color options Black Stone, Denim Blue, Fusion Red, Glacier Silver and Crystal White.

Taking a step towards electric mobility, Volvo has already announced that the company will sell only electric cars worldwide after 2030. At the same time, by 2025, the company will convert 80 percent of its car models to electric powertrains. It will also include some hybrid cars. The Volvo XC40 recharge is the first step in this initiative of the company.

Why the company is delaying in bringing this electric car is not known, but now after the information comes out, the company should bring it soon. It is going to come in the luxury segment and will compete with models like Mercedes EQC.