Manhattan will be completely destroyed, 62 million Americans will die. An expert from the United States described the consequences of a nuclear strike on New York and told how many nuclear charges are needed for a full-scale attack on the United States 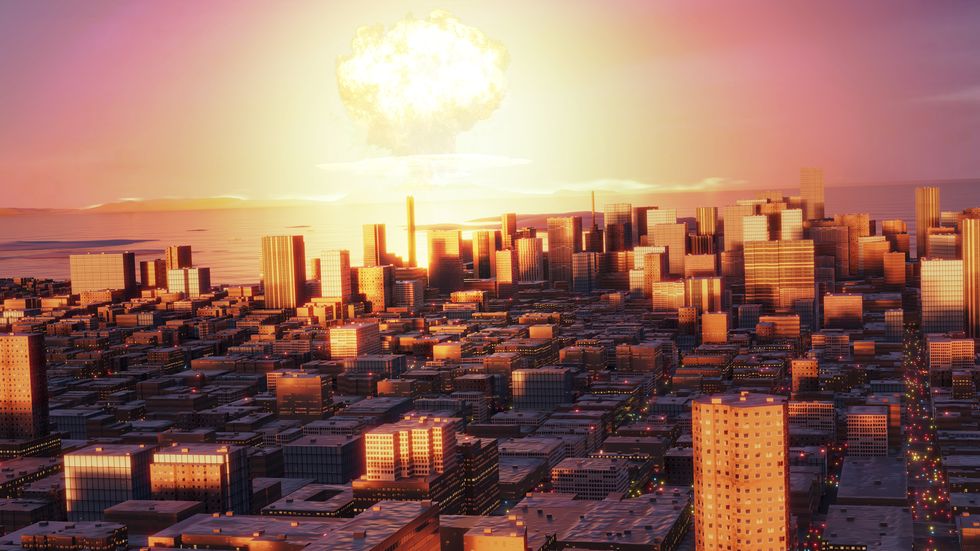 There was a lot of talk in Russia about the Sarmat missiles and their nuclear power, which, in accordance with current realities, threatens the United States. In the United States of America, they were also discussed, but not in the context of a real threat. Now Popular Mechanics magazine published an article in which an American expert undertook to predict the consequences of a full-scale nuclear strike.

The reason for writing the article was a training video in which the presenter slowly and to the background music, more suitable for some kind of commercial presentation, talks about how to behave in the event of a nuclear strike. Three theses on how to act in this case: you need to get inside the building, you need to be inside the building (preferably away from the windows) and you need to be in the context of the news agenda – follow official announcements regarding the development of the situation and further actions.

The video, commissioned by the New York City Office of Emergency Management, was criticized by senior researcher at the American journal Bulletin of the Atomic Scientists Stephen Schwartz. According to him, the idea of ​​a training video on how to act in case of a nuclear threat is a good one, New York is “trying to do something useful”, but at the same time “it’s all very abstract and goes against what people expect from nuclear attack.” And then he told what would actually happen to New York in the event of a nuclear attack.

According to Schwartz, in a nuclear attack, New York (or any other American metropolis) will be a terrible place. Manhattan will be completely destroyed. A fireball with a temperature of up to one million degrees Celsius (this is the temperature of the inner part of the Sun) will incinerate a significant number of city buildings. The blast waves, which will cover approximately 40 percent of the city, will be powerful enough to completely wipe out even concrete buildings from the face of the earth, and then invisible layers of radioactive dust and fallout will “drift” around the island, killing up to 95% of the people exposed to them. impact. As you can see, the picture contrasts sharply with the one shown in the New York City Office of Emergency Management video.

A full-scale attack on both US military and civilian targets would require 2,031 thermonuclear warheads, Schwartz said. The bombs will primarily target Federal Reserve Bank buildings, energy utilities, communications centers and airports. Such a strike would kill 62,471,000 Americans. As for New York, it will take at least 12 thermonuclear bombs to destroy it and its environs.