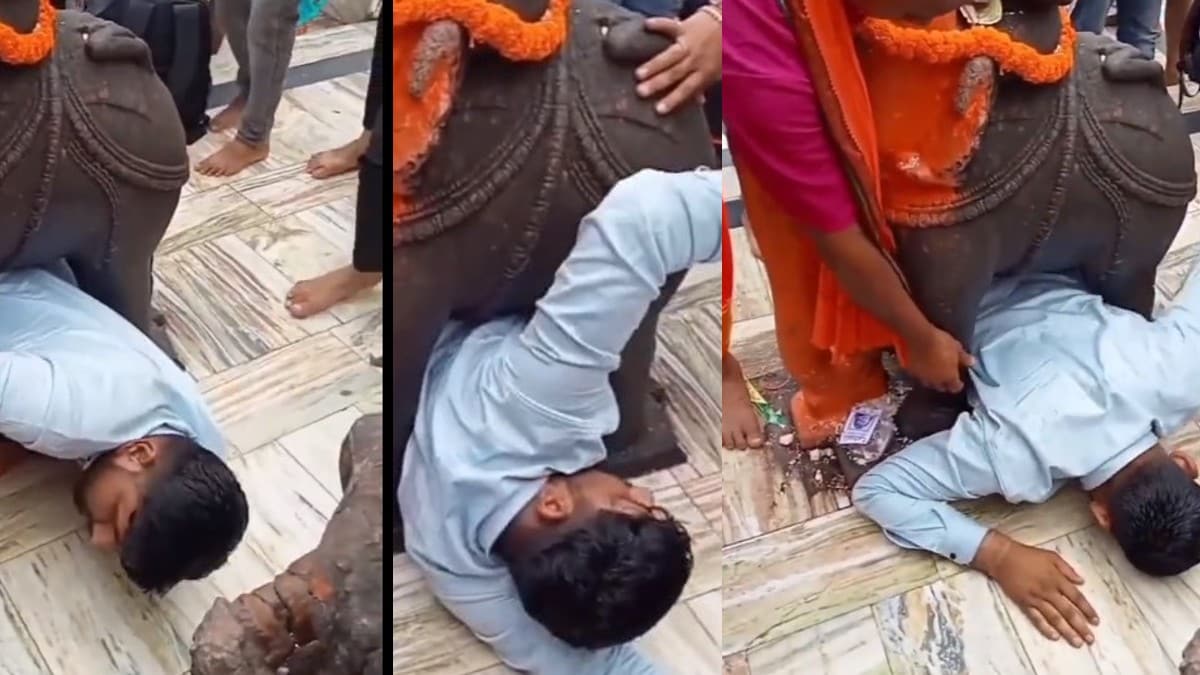 Viral Video: A video of a man from a temple complex in Gujarat is going viral. In this video, a man is trapped under an elephant statue. Seeing the video, people are guessing that this devotee got stuck under this idol while performing some special ritual in the temple. People don’t know what efforts they make to please God, but it is not necessary that every time their efforts to please God should be successful. An example of this is the person trapped under the statue.

Video It can be seen that this person is trying his best to get out from under the idol. But none of his efforts seem to be yielding results. However, many people present in the temple premises are seen giving different suggestions to that person to get out of the elephant statue. Some ask him to come out by putting his hand on the statue, some ask him to turn his back, but somehow he does not seem to be able to get out of there. It can be seen in the video that even the priests of the temple extend their helping hand to that person but he is unable to leave.

The person remains trapped under the statue till the end of the video. Video At the end of the episode, the question remains in the minds of the viewers whether that person was able to get out of there or not. Even after watching the entire video, it was not clear whether the person trapped in the statue came out or not. Since sharing the video, it has been viewed by more than two lakh people. And also made thousands of comments.

Commenting on the video, a user wrote, Must be a sinner. One user wrote, God has heard it. So one said that excessive devotion is also not good. Many people also expressed concern for its exit through comments. Many were seen asking how he got stuck there.