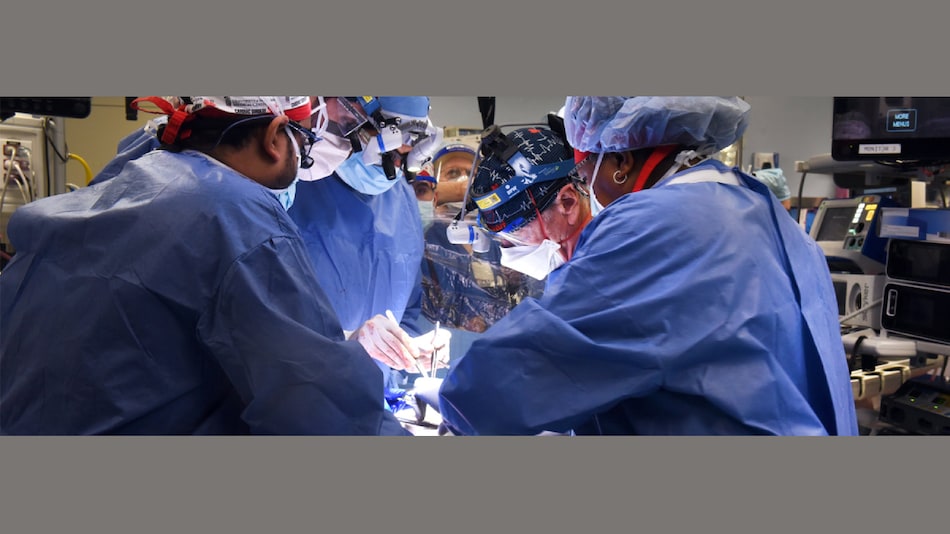 The Man who had a pig heart transplant died in the US nearly two months later. This was the first case of a pig’s heart being transplanted into a human. Pig heart was transplanted in January this year in this 57-year-old man suffering from heart ailment. The pig’s heart was genetically modified. On Tuesday, a man living with a pig’s heart died at the University of Maryland Medical Center (UMCC) in the US.

The pig’s heart was transplanted on January 7 in this man named David Bennett. The hospital said in a statement that the man’s condition had already started deteriorating several days ago. Then it also became clear that now its condition is not going to improve and its life cannot be saved.

Dr. Bartley Griffith, director of the UMCC Cardiac Transplant Program, said in a videotaped statement that David Bennett had not been able to overcome heart failure before the transplant. Apart from transplanting another heart in his body, there was no other treatment that could be done for him. The transplanted heart works well.

David Bennett was also able to communicate with his family in his last moments. In October last year, David first came to UMMC and was put on a heart-lungs bypass machine. At that time he was not fit to have his heart transplanted.

About two months after the heart transplant, David’s health started deteriorating and then he was brought back to UMCC. During treatment here, it was found that his life could not be saved and David breathed his last on Tuesday. Researchers have long considered pigs to be a potential source of organs for transplant because they are anatomically similar to humans in many ways. Efforts have been made in the past to transplant organs from pig to human, but it was not successful due to genetic differences. This put the heart at risk of rejection or infection.