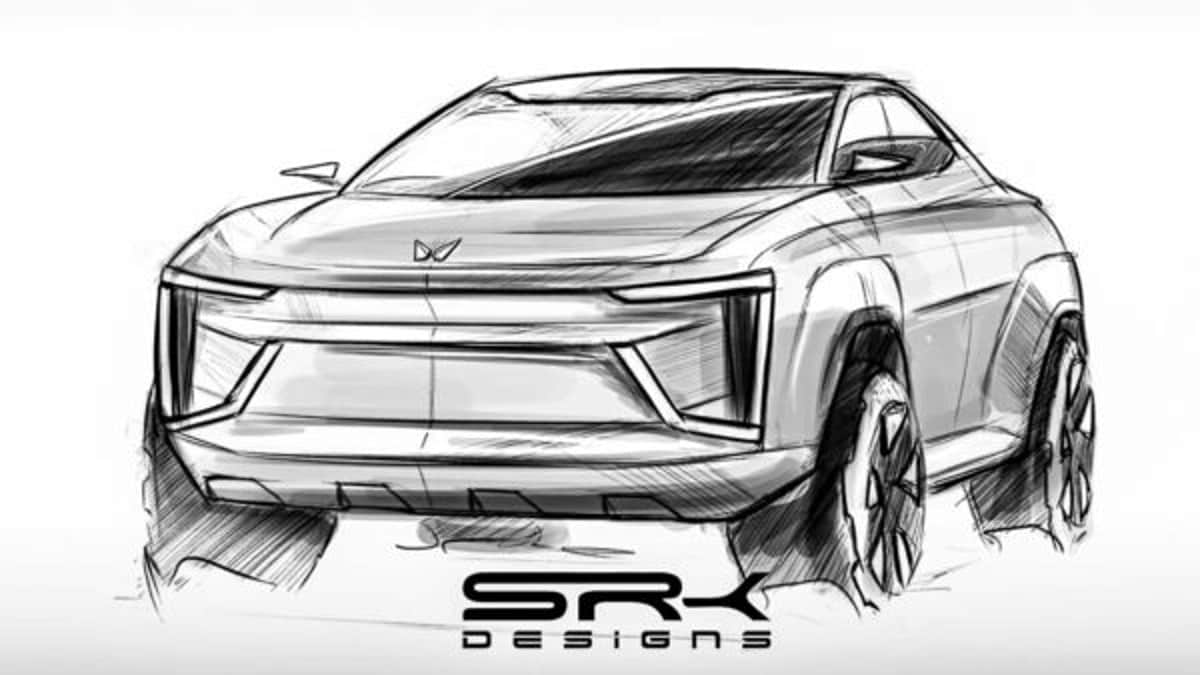 Mahindra is going to unveil its 3 upcoming electric cars in July this year. At present, it is believed that all three will be concept designs. The company has also clarified that these three electric cars have been designed by the company’s UK-based Mahindra Advance Design Europe (MADE). Mahindra has given this electric vehicle project the tagline ‘Born Electric Vision’. Of these three electric cars, a sporty SUV can be a coupe, a 5-seater SUV and a 6- or 7-seater SUV electric car. Now, an automotive designer has shared a sketch render of the company’s upcoming electric SUV car, in which the design matches the design shown in two recent teasers from Mahindra.

SRK Designs has shared a video on its YouTube channel with the title ‘2023 Mahindra Born Electric Vehicle’, in which the designer has made a sketch of the upcoming Mahindra SUV car. In this, the design of the upcoming electric car matches with the design highlights from the two teaser videos that Mahindra released in recent months. The large DRL starting from both the sides passes through the bonnet. Sharp aerodynamics have been included in this. The tires have also been shown to be bigger and modern rim design.

Rushlane’s Report It says that all three electric SUVs will be built on a new EV platform. It has also been reported that Mahindra had filed a trademark for the XUV900 last year, which will be the brand’s upcoming big launch. It is also expected that the company’s upcoming coupe-style electric SUV could be the XUV900. This sketch render of SRK Designs has also been linked to the XUV900 in the report.

The report further suggests that a few months back, Mahindra had also flagged off the development of a production-spec model of the XUV900, which could be launched in 2024.