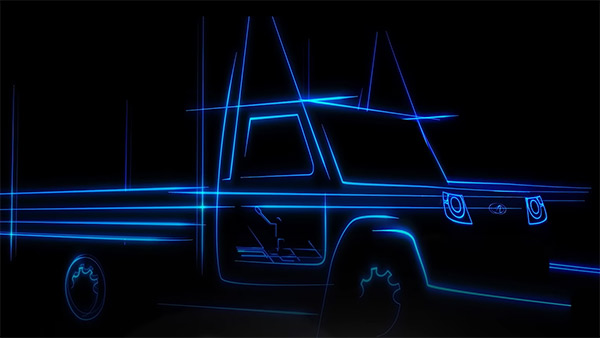 Although the company has not officially revealed the name of the upcoming electric vehicle, some reports are claiming that it could be an electric avatar of the Bolero pickup. According to Mahindra, this vehicle could be the future of pickup vehicles. The company has informed about launching it soon through teaser.

As of now, Mahindra hasn’t shared much details about this new electric vehicle, but it looks completely similar to the Bolero in terms of design and looks. According to the teaser, this electric pickup has been given the headlight, logo and grille like Bolero, along with its goods carrier and wheels can also be seen.

Mahindra is currently working on its Bourne Electric project, under which the company plans to launch three electric cars. The company will unveil electric cars built under the ‘Born Electric Vision’ on August 15, 2022 at the Open Design Studio located in Oxfordshire, United Kingdom.

The company had earlier revealed these cars through a teaser, after which it is being said that these electric vehicles can be a compact SUV, a mid-size car and a coupe model. Mahindra is preparing all three electric cars on the new design platform. According to the information, Mahindra has partnered with Volkswagen to design these cars, under which the carmaker is using Volkswagen’s dedicated electric vehicle platform ‘MEB’.

Currently, the Mahindra electric car range has been selling only the e-Verito compact electric sedan. However, this car is available only to mobility agencies and fleet operators. The company has not made it available to private buyers.

Mahindra Group has already said that it is now focusing only on the electric three- and four-wheeler segment. The carmaker says that some of its upcoming electric vehicles will be electric versions of the existing ICE engine vehicle.

Mahindra has not yet shared any information about the battery, range or power of the upcoming electric vehicle. It is expected that as soon as the date for revealing these models approaches, the company will also take the cover from other details.