Mahindra’s Bolero range will be launched soon with new logo, seen in dealership 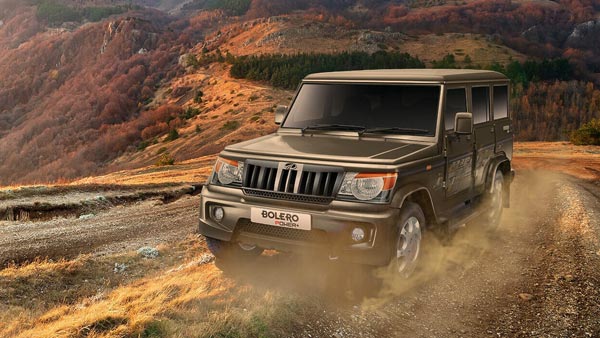 Mahindra’s Scorpio, XUV700 has been made available with the new logo but preparations have been started to bring the rest of the model with the new logo, although hardly any changes will be made except for the new logo. Models with the new logo are likely to be launched in the coming week, with the dispatch of them to the dealerships has already started.

The company’s Twin Peak logo was first introduced on the XUV700 and has since been introduced in the Scorpio-N and Scorpio Classic. Now the company is going to bring the entire lineup with this new identity. The company has brought this logo as the identity of the new generation of SUV. This logo is to be given in all upcoming new models.

Talking about Bolero, it is offered in a total of three variants, which include B4, B6 and B6(O) variants. The top-end variant gets static bending headlamps, driver information display, digital date and time, rear wiper with washer and fog lamps. If you upgrade from the B4 variant to the B6 variant, the fuel tank size gets reduced from 70-litres to 60-litres.

The B6 variant also used fabric upholstery instead of vinyl. Talking about other features available in it, it includes power windows, 12V charging socket, central locking, keyless entry, front map pockets, utility space and keyless entry. The B6 variant gets chrome bezels for the front grille, wood finish on the central bezel, music system and body colored outside rearview mirrors.

It gets a 1.5-litre, three-cylinder diesel engine, which belongs to Mahindra’s mHawk family of engines. It provides maximum power of 75 bhp and torque of 210 Nm. As safety features, it gets rear parking sensors, seatbelt reminder, dual airbags, an anti-lock braking system with electronic brake distribution.

It still comes as a 7-seater vehicle. The boot of this SUV has two side-facing seats. Mahindra Bolero has no direct rival, as it is the only rear-wheel-drive SUV in the segment. This SUV of the company has been holding in the market for a long time and is very much liked in rural areas.

Mahindra’s Bolero and Bolero Neo will soon be brought with the new logo. Apart from this, no other update will be given nor will its price increase. Due to its new identity, the company is bringing the Bolero range with a new logo.