Mahindra XUV400 Electric will be launched in India in September, before that know about the features, range etc. 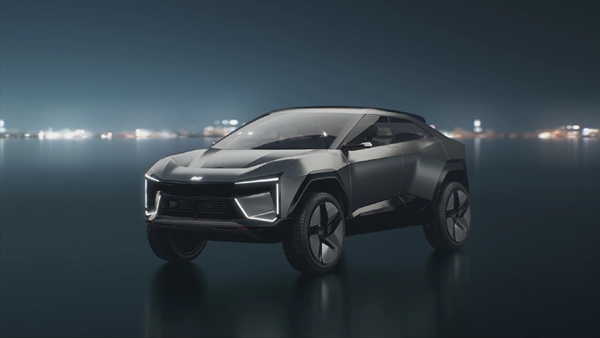 The Mahindra XUV400 Electric has been undergoing a lot of testing on the Indian road for the past few months and many pictures of its production version have been revealed. In such a situation, now the company is going to present in the market soon and can also disclose the plans of sale. The company is going to bring several electric SUVs in the coming years and this will be the first of them.

It was believed that the company would reveal its production version on August 15, but it did not happen, now it is reported that it can be launched in Chennai in the second week of September. However, there is no confirmation from the company about this yet. The company’s Research Valley is located in Chennai, so the company discloses new vehicles there.

The production of Mahindra XUV400 Electric will be started by the end of this year and its delivery can be done by early next year. It is believed that the price of Mahindra’s XUV400 electric SUV can be announced at the 2023 Auto Expo to be held from January 5 to January 10, 2023.

It has been built on the Mahindra Electric Scalable and Modular Architecture (MESMA) platform. The electric SUV was equipped with a 350V powertrain and a more powerful 380V variant is expected to join the line-up later. It was also revealed that two battery packs will be offered on the production version, with the lower version priced at par with the Tata Nexon EV.

Currently, Mahindra is selling the e-Verito compact electric sedan in its electric vehicle range. Although, this EV is available to government agencies and fleet operators, it has not been made available to private individual buyers. Now the company is going to start directly with a big electric SUV and the number one will be the XUV400.

All the company’s vehicles will be built on the INGLO platform, with the company aiming for a 5-star safety rating for these vehicles. The battery capacity of all these vehicles is going to be between 60 – 80 kWh. At the same time, this vehicle will be charged from 0 to 80% within just 30 minutes with 175 kW fast charging.

Mahindra may have lagged behind in bringing an electric SUV in the country, but the company is now coming with full preparation. The company is going to bring XUV400 electric first, so this model is going to decide the direction and condition of the company’s electric models.