Mahindra XUV300 made in India the safest car in Africa, know what Anand Mahindra said 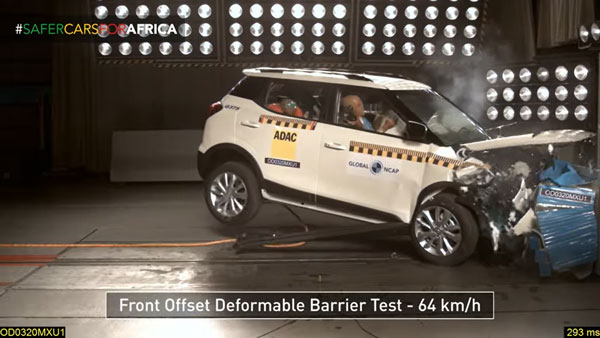 The African model of Mahindra XUV300 has also got 5-stars in adult safety and 4-stars in child safety like the Indian model. The company had launched this SUV in India as well as Africa in 2019 and the company was going to sell it through its existing 60 dealerships.

Mahindra XUV300 became Africa’s first 5-star rated safest model on 28 January 2021 and has held this position ever since. As of now, there is no other model in Africa that has received 5-star safety. The company provides seat belt reminder, ABS, 2 airbags etc. as standard in this SUV.

Mahindra XUV300 is sold in Africa with two engine options – 1.5-litre diesel and 1.2-litre petrol engine option. It has been given a 6-speed manual gearbox. Along with this, 17.8-inch touchscreen infotainment system, Android Auto and Apple CarPlay, digital instrument cluster, GPS navigation, LED headlight and taillight have been given.

In terms of safety, this SUV has 7 airbags, front parking sensors, disc brakes on all four wheels, hill start assist, ISOFIX child seat anchors, ABS with EBD, ESP. On this occasion, Anand Mahindra also expressed his happiness and said that I feel very proud to see him at the top of this list more than anything else.

Mahindra is soon going to bring an electric model of XUV300 which will be called XUV400. Recently it has been revealed that the company will present its new electric vehicle in the market in September this year. Mahindra says that the deliveries of the XUV400 EV will begin in the fourth quarter of FY 2022.

Mahindra is now getting recognized for the safety rating of its cars. Selling the safest cars not only in India but also in other countries of the world, which is a matter of pride for India and the Indian auto world.