Mahindra XUV300 getting new 16-inch alloy wheels, see how attractive it is 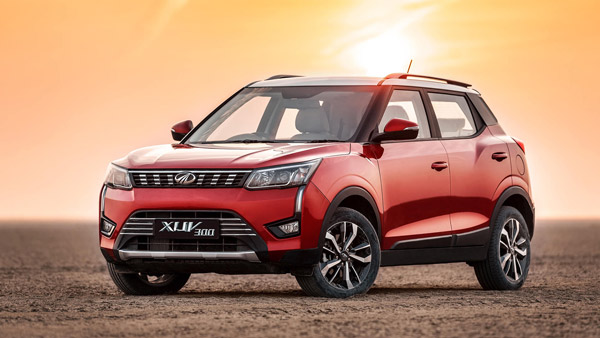 In this case, this change in Mahindra XUV300 will work to change its mileage, which is going to improve its performance. This new alloy wheel fits its tyre, doesn’t feel small. This update has been done on the W8 and W8 (O), while the rest of the variants get 16-inch wheels as standard. Its W8 (O) has dual tone and W8 has a silver color alloy wheel.

Along with this, it was recently reported that the passenger side keyless entry, rear center armrest and cup holder have been removed from its top spec variant. Although there has been no change in its price, it is available in W4, W6, W8, W8 (O) variants with prices ranging from Rs 7.95 lakh to Rs 13.46 lakh.

Talking about the engine of Mahindra XUV300, the company is selling it in the market with a total of two engine options. It is powered by the first 1.2-litre naturally aspirated petrol engine that produces 109 bhp and 200 Nm of torque. This engine is mated to a 6-speed manual and AMT gearbox. Its second engine is the 1.5-litre diesel engine. This engine provides power of 115 bhp and maximum torque of 300 Nm.

With this engine also, the company offers the option of 6-speed manual and 6-speed automated manual transmission (AMT). Mahindra XUV300 has a fuel tank of 42 liters. The company claims that the XUV300 gives a mileage of 16-18 kmpl in petrol and 22 kmpl in diesel.

The Mahindra XUV300’s design is inspired by the Cheetah styling like any other XUV vehicle. Its design is attractive and chrome has been used in the front grille. A chrome strip has been given at the top of the grille, which is found by going through the LED DRLs of the headlamps on both sides. The LED DRLs go all the way up to the fog lamps, which gives the Mahindra XUV300 a distinct look. The front bumper comes with a large air intake, which is placed on either side of the fog lamps.

This compact SUV looks sporty and muscular when viewed from the side. Its wheel arcs and character lines on the arcs give the car a muscular look. Mahindra XUV300 has been given a dual tone cabin, along with many features and equipment have been installed. Its dashboard, center console, AC vents and steering wheel are kept in black and beige colors with silver accents. Its dashboard also has a 7-inch touchscreen infotainment system.

The Mahindra XUV300 is constantly being updated but this time it has been updated to cut the price. Despite this, however, it still looks very attractive.