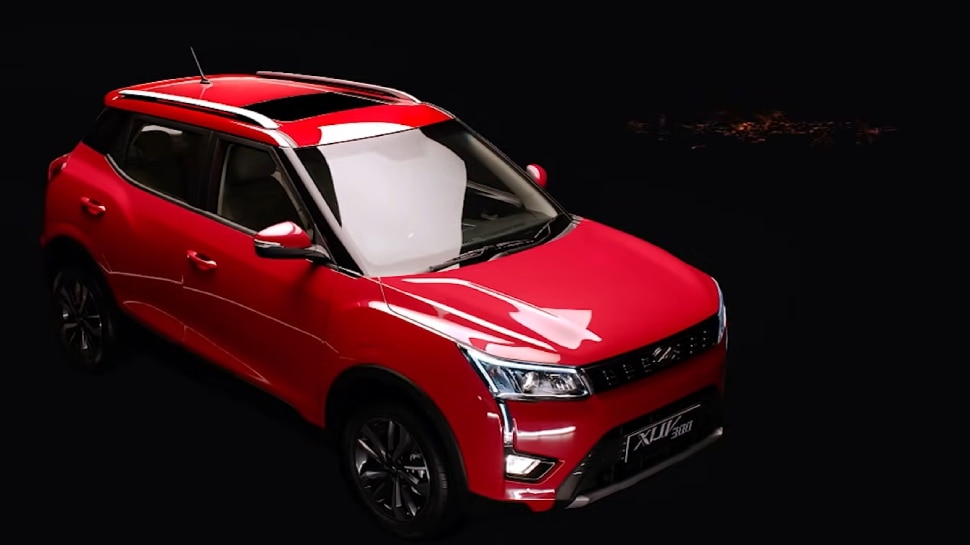 Mahindra sells its popular car Mahindra XUV300 in the sub-compact SUV segment. It competes with vehicles like Tata Nexon and Maruti Suzuki Brezza. Now the company is going to bring this SUV in a new avatar. According to the report, Mahindra is going to bring the facelift avatar of its XUV 300. Recently some pictures of the new XUV300 Facelift have surfaced. The company has shown the teaser of this facelift version through Instagram Story.

According to the report, the updated version of the SUV will be so powerful that it can accelerate from 0 to 100 kmph in just 5.5 seconds. In the teaser, this car has been seen in a red color paint scheme. Also, a new logo is also available in it. It is believed that the new car can be brought around the festive season. Apart from the front, Mahindra’s new logo will also be given on the steering wheel and rear.

Most of the changes can be seen in the exteriors of the facelift model itself. It is also expected to get a 1.2 mStallion turbo petrol engine, which will be brought to generate 20hp more power and 30Nm more torque than the current engine. It gives total power of 130hp and torque of 230Nm. A dual tone color option was also spotted during testing. It had a white color roof with a blue paint scheme.

Currently, Mahindra XUV300 comes in a total of 6 mono tone color options. Apart from this, the company is also going to bring an electric avatar of XUV300 on 6 September. It will be named Mahindra XUV 400. The direct competition of this electric SUV is going to be with the Tata Nexon EV Max.