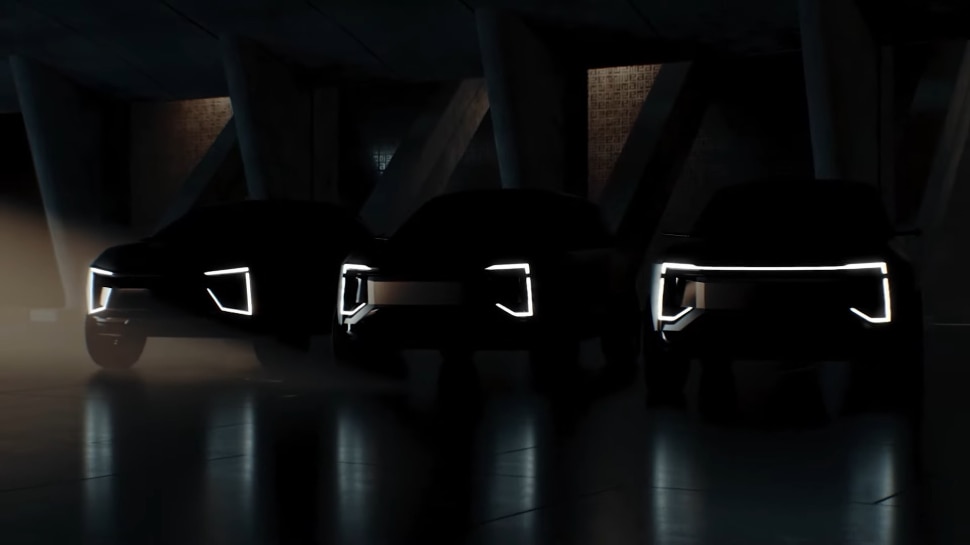 Mahindra XUV Electric SUVs: Mahindra Born-electric SUV range to be introduced today. For now, Mahindra has announced that it will reveal a total of 5 electric SUVs. All these will be unveiled at an event to be held in Oxfordshire, UK.

Mahindra XUV Electric SUVs Name: Mahindra Born-electric SUV range to be introduced today. For now, Mahindra has announced that it will reveal a total of 5 electric SUVs. All these will be unveiled at an event to be held in Oxfordshire, UK. These SUVs have been designed by Mahindra Advanced Design Europe (MADE) based in the West Midlands, UK. MADE is headed by Pratap Bose, who was earlier with Tata Motors. Considering Mahindra’s aggressive approach towards the EV space, it is possible that the new born-electric SUV range may reach the production phase earlier than expected. There is no exact timeline regarding production at this time but some clarity can be expected at the launch event.

Mahindra will also reveal some key features of its bourne-electric SUVs. As of now, some information has come to the fore regarding the name of the vehicles even before Mahindra unveiled the new born-electric SUV range. As per the leaked information, the trademark filing has revealed that Mahindra has introduced 8 new names – XUV-e1, XUV-e2, XUV-e3, XUV-e5, XUV-e6, XUV-e7, XUV-e8 and XUV-e9. Registered. The XUV-e4 name does not appear in the leaked list. It is possible that the leaked list is incomplete or the company has deliberately left out the XUV-e4.

However, it is clear from this that Mahindra wants the XUV brand to be associated with their upcoming SUV. Mahindra has confirmed the introduction of 5 electric SUVs for the time being. But, as per the leaked details, they plan to launch at least 8 electric SUVs under the XUV brand. Apart from this, they may also have plans to launch electric versions of the Thar and Scorpio brands in the future. The company has recently launched the new Scorpio-N in India as well as introduced the Scorpio Classic.