Mahindra to launch Bolero camper soon, will be equipped with luxury features 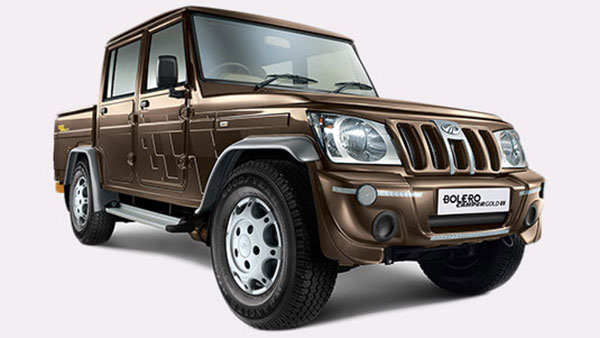 In a notification, Mahindra has said that this camper truck will be based on the Mahindra Bolero Camper Gold platform. The company has said that these vehicles are becoming popular after the Kovid-19 epidemic and their demand is increasing in the market. Mahindra has underlined that the Indian market is getting ready for camper vehicles for the first time.

Mahindra said in the information that the Bolero Gold Camper will be equipped with many luxury features. This camper truck will be offered with Smart Water Solution. Along with this, it will have many facilities like specially designed interior, comfy seating, restroom, dining, kitchen and bio-toilets. Such vehicles would be the perfect vehicle to go on a tour with family during the weekend.

Mahindra says that the driver will not need any special type of license to drive such vehicles. Tour and travel companies will also be able to buy such vehicles for hire. These vehicles will not only meet the individual needs but also provide a safe alternative for touring.

According to Mahindra, the production of camper vehicles will soon be started in partnership with the Campervan Factory. The company has assured that these camper vehicles will be very strong in quality and will become a source of income for Indian touring and travel companies.

Explain that Mahindra is also planning to expand its existing EV range, under which the company will launch new electric vehicles in the coming few years. These electric vehicles will be launched in the passenger segment as well as the commercial segment.