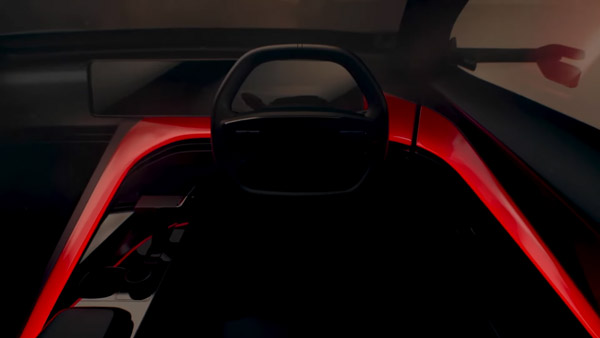 The largest car maker in the country has either entered or is preparing to enter the electric vehicle segment, so Mahindra does not want to be left behind in this race. In such a situation, the company is engaged in preparing electric vehicles on a new platform, the company can introduce all three vehicles in July. Therefore, more information will be given at the time of presentation.

The company has recently released a new teaser in which its interior can be seen. Mahindra is the first to enter the sub-compact SUV, mid-size SUV and premium SUV segments. Mahindra has informed that the first production-spec Born EV could be introduced sometime between 2025 and 2026.

Each concept SUV uses C-shaped LED headlamps and taillights and despite the dim light, you can see their sloping roof and shared design language. The Born EV concept vehicles will be based on a new, dedicated electric car platform. This is Mahindra’s first ground-up platform based on the modified ICE vehicle platform for the Mahindra eVerito and the upcoming Mahindra eXUV300 electric EV powertrain.

The company’s first production Born EV can be expected to hit the roads in the year 2025. Let us tell you that the carmaker Mahindra & Mahindra is also preparing an electric model based on the Mahindra XUV300 SUV for launch in India by April 2023.

Recently, information about the launch of Mahindra eXUV300, an electric SUV from Mahindra & Mahindra, was revealed. The company had informed that it will be launched in the Indian market in the third or fourth quarter of 2023. The Mahindra XUV300 electric SUV will be one of the flagship products of the domestic automaker Mahindra.